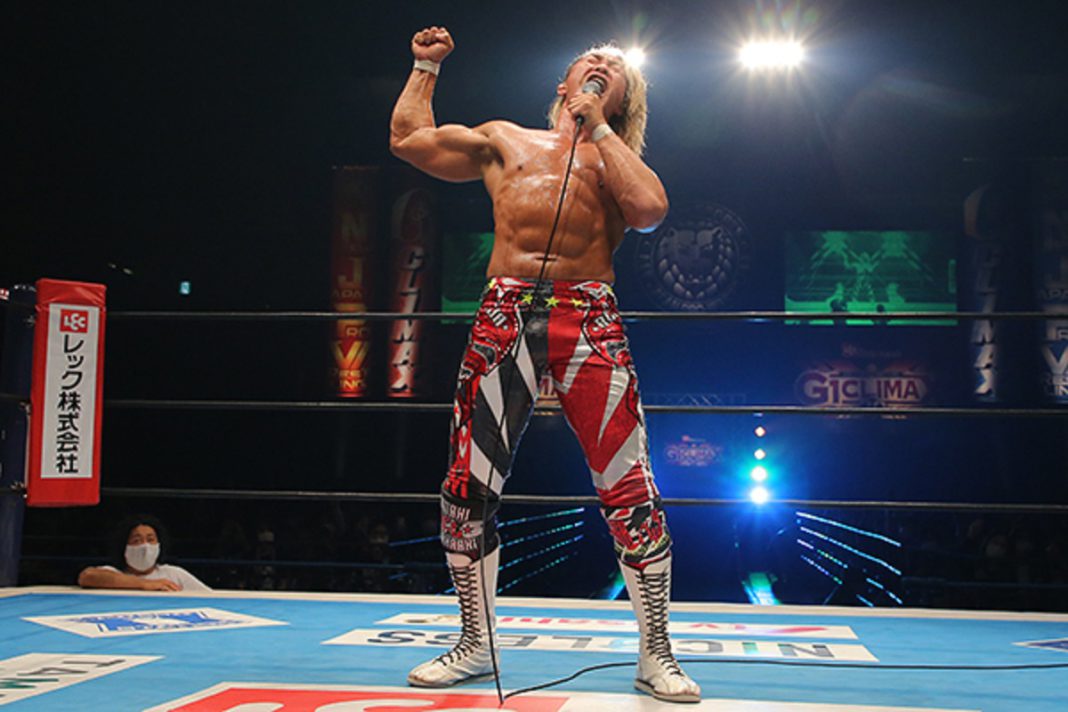 For the last 23 years, Hiroshi Tanahashi, often known as “ Once in a Century Talent” has dazzled fans of professional wrestling with his exceptional ring prowess, determination & enthusiasm. While it’s true that Kazuchika Okada is the best wrestler in the world right now, the Ace owns the title of NJPW’s all-time great, making him the most prominent wrestler in NJPW history and giving him the suitable nickname “The Ace of New Japan”.

Although Tanahashi and Okada surely rank among the top professional wrestlers ever, NJPW unquestionably would not be what it is now without Tanahashi.

The 1990s wrestling boom brought NJPW immense success, but in the 2000s, sales began to fall off. The founder Antonio Inoki’s fascination for MMA, which has become known as “Inokism,” was one of several factors that led to the collapse, along with the fledgling Pro Wrestling NOAH company, poor financial decisions, and poor booking. Wrestlers’ reputation was eventually damaged by Inoki’s practice of booking them in “shoot contests,” which also affected the organization as a whole.

Tanahashi took the initiative to bear the torch when NJPW needed a hero in shining armour and never turned back. He made his acting debut in 1999 partnering with Shinsuke Nakamura and Katsuyori Shibata in “The New Three Musketeers.”

A few years later, Tanahashi began to blossom, capturing tag team titles in both NJPW and NOAH as well as the IWGP U-30 Championship, which he held for 622 days. Brock Lesnar was awarded the IWGP Championship by NJPW in late 2005 after failing in his bid to join the NFL. Mostly in the summer of 2006, Lesnar was supposed to defend the championship against Tanahashi. However, because Lesnar refused to go back to Japan, the belt was eventually taken away from him.

Tanahashi would triumph over Giant Bernard in a contest to take home the first of his record-breaking 8 IWGP Heavyweight Championships. A new era for NJPW began with Tanahashi’s rise to the top, and he would rule the following several years, earning an IWGP Heavyweight Championship 5 times by the beginning of 2012. After a certain Rainmaker reappeared in Japan, Nakamura, Hirooki Goto, & Yuji Nagata were his main competitors during this period.

The Tanahashi/Okada Rivalry maybe the greatest in Wrestling History

“The Rainmaker Shock” took place on February 12, 2012, when an arrogant Tanahashi was suddenly defeated by Okada to win the Japanese IWGP Heavyweight Championship, igniting what is perhaps the greatest rivalry throughout wrestling history. Later that summer, Tanahashi defeated Okada to reclaim the championship, which he successfully defended at Wrestle Kingdom 7. They would go on to have six five-star battles together, with Okada winning the championship just several months later during Invasion Attack after regaining his composure.

At Wrestle Kingdom 9, one of the rivalry’s defining events occurred. With quite a 3-2-1 record against champion Tanahashi, Okada entered the Tokyo Dome with confidence after defeating Nakamura in the G1 Climax. He still needed to defeat Tanahashi somewhere at Tokyo Dome, but that was all. Okada exited his Dome in tears after Tanahashi defeated him one more on the grandest platform. He would be fueled by those emotions when Okada and Tanahashi refought at Wrestling Kingdom 10 the following year, this time having Okada holding the championship and Tanahashi taking home the G1. When Okada eventually defeated Tanahashi in the Dome, it proved to be the third time’s charm. It was a moment of true passing of the baton for NJPW

In Wrestling Dontaku 2018, the two would rematch after a tie in the 2016 G1. It had been over two years. Okada and Tanahashi were tied with 11 successful game defences in a reign during Okada’s 2 years of IWGP Heavyweight Championship tenure. Dave Meltzer gave the bout 5.5 stars and said that Tanahashi’s second overthrow of Okada gave him the victory and the record. Later in 2018, they would’ve had two further matches with five stars. The amount of storyline and ring prowess that these two have been displaying over the past ten years is unmatched by any other rivalry.

The only person who could compete with Tanahashi for the title entitled “Best Babyface Ever” is perhaps Kenta Kobashi, but Tanahashi’s talent at stirring up the audience and winning them over during his encounters is unmatched. Despite having past his peak, he continues to have routinely fantastic matches thanks to his unmatched ring IQ and other things. Tanahashi and Bret Hart are two of the greatest in-ring storytellers in history, therefore Jim Ross’ comparison of the two on the AEW commentary was accurate.

One of the most accomplished wrestlers, Tanahashi has won 26 championships in total, 15 fights with five stars or more, a record eight IWGP Heavyweight Championships, three G1 Climax victories, two New Japan Cup victories, and will continue to headline significant international PPVs in 2022. The man is a living legend and is deserving of all the flowers. In addition to being the best wrestler in NJPW history, Tanahashi is also the greatest in all of wrestling. GO ACE!