Welcome to Plathville: Cast Members And Why They Have Those Rules! 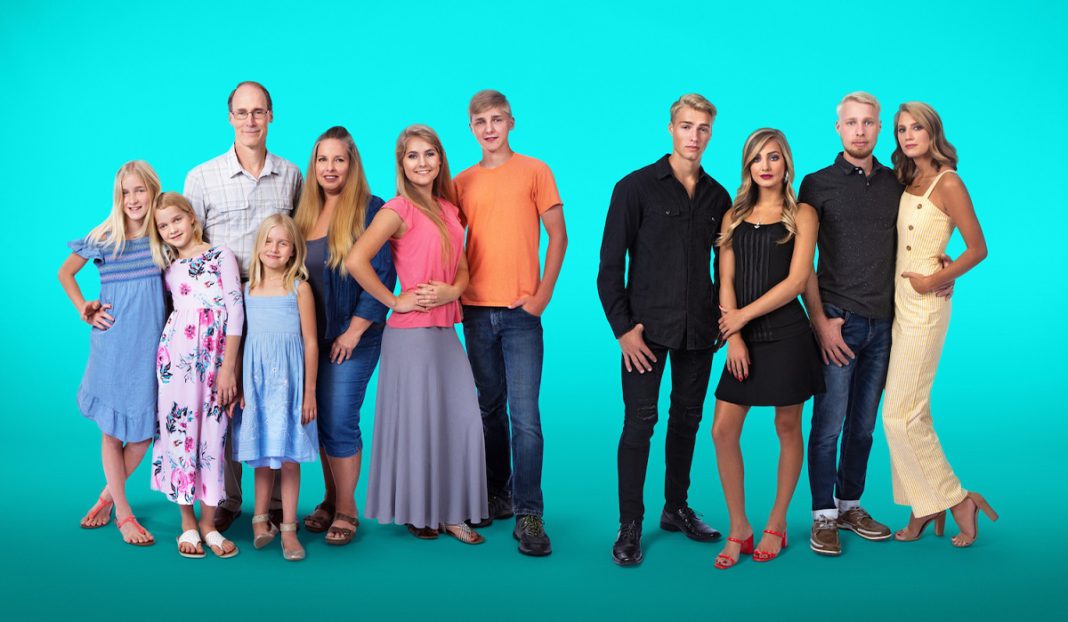 In 2021, the Plath family from the reality TV show Welcome To Plathville separated into 3 households: Barry, Kim, and the younger kids; Ethan and his wife Olivia; and the teenagers Micah and Moriah. The Plath family, who are extremely religious, continue to test limits and relish new experiences beyond the family farm, some without even realizing it.

As one of TLC’s highest-rated reality shows, Welcome to Plathville seems to be everywhere on TV, but TLC’s obsession with sprawling, multigenerational families is not new news. And to this list is added another family, the Plaths, who most people get confused by since there are many children who all look identical! So, let’s take a quick look at the cast members.

Welcome to Plathville: Cast Members And Their Journey

What is special about this 11-member clan? Well, for starters, nothing is conventional when it comes to Plath’s family’s parental rules. Parents Kim and Barry have raised their 12 children on a remote 55-acre piece of land in rural Georgia. That’s not all. The children have been educated with minimal access to technology, the Internet, entertainment, or sugar and ‘carbonated drinks’. If that wasn’t crazy, their college education was also something the children had to fight for, in addition to wearing clothes that show off some skin. Now you must be thinking why does the Plath family follow such rigid rules? Well, let’s get to know the Plath family a little better to answer that exact question.

Barry Plath is the patriarch of the family who firmly believes in God. He is the father of nine children and has tried to instill strong Christian values  in them. Married to Kim, the duo homeschool their children and own the family band, namely The Plath Family Band.

The father of this group has a job as a professional transportation planner.

He and his wife believe in raising his children on a rural farm in Georgia, without access to television, the Internet, or carbonated beverages. Apparently, Barry met Kim in the spring of 1997 when they both received a revelation from God. The couple later married in July 1997.

Kim is a naturopathic physician who majored in music therapy in college. The family matriarch lost one of her children, Joshua, in 2008. He was only 17 months old when he died in a tragic accident. After the incident, Kim was devastated. After eight months of praying and reading the Bible, he slowly began to heal. Barry and Kim also have a daughter, Hosanna, who moved to Ohio after her marriage to Timothy Noble. Hosanna does not appear in the series.

Ethan is Plath’s eldest son who is married to Olivia. After her marriage, she has opened up to new opportunities and is learning to explore new avenues. In the second season, he and Olivia move into a new home. But after severing ties with his parents, Ethan faces challenges in their relationship, forcing him to embark on some trips with his wife.

Olivia was first introduced to us as the girl (also from a conservative family) who married Ethan despite not believing in the rigid rules set by the Plath parents.

Her views result in friction between her, Barry, and Kim. As a result, at present, she and Ethan cannot meet the younger Plaths unsupervised. Over the course of the TV show, she was the only normal one who helped Ethan to his first soda and many other new adventures. Recently, their marriage seemed to hit the rocks when they were fighting about where to live. While Olivia wants to live in the city, Ethan wants to continue a humble life with his cute car. Over the last week, the couple even briefly separated to live as friends so that Ethan won’t get pushed by Olivia to make any life-changing decisions. Meanwhile, Ethan, who doesn’t see that all she’s asking for is not space but for an informed, well-thought out decision told the cameras that he felt deflated when his wife left home.

Modeling enthusiast Micah is the second oldest son who was raised without a television, just like the rest of the siblings. But the positive kid says he doesn’t care. In season 2, the tall blonde with big blue-eyes moves into a new house with his sister Moriah. He buys a new car and is seen pursuing a career that is very much against his father and mother’s wishes.

Moriah is the second eldest daughter (after Hosanna), who is the stubborn sister of the group. She disagrees with everything her parents say and think, which makes her the rebellious daughter. In season 2, Moriah is seen working as a fitness and mechanic instructor (there’s even a scene where her younger brother and father show up to the fitness class she takes) while dating her first boyfriend.

The third oldest daughter, Lydia, is a sweet little girl who does some funny things on the show. For example, she wears long skirts and has made a prayer closet where they pray for “the lost people” just like her parents want to. Another naive yet cute thing she said was saying she  doesn’t know exactly who Spiderman is, although she heard of him. All in all, she is happy to grow up on the farm.

The third oldest son, Isaac, is a huge sports fan, but has never heard of Tom Brady. In season two, he and Lydia, along with the three younger sisters, are seen living with Kim and Barry in a separate house.

Rounding out the brood are the three younger siblings: Amber, Cassia, and Mercy. They are still learning to follow family rules while navigating a world, free from outside influences.

There also happens to be another hidden star who was not featured. The recluse Hosanna Plath was first mentioned by her sibling Moriah Plath who revealed that Hosanna and her husband did not want to join the family reality series. In an interview with Us Weekly in August 2021, she said:

So who is Hosanna Plath?

Fans first noticed that the aspiring star seemed not to be in her family’s lineup when the trailer was initially released. As parents Kim and Barry Plath introduced their children, they went directly from Ethan, “the oldest,” to Morah, the “second oldest.” As the teaser progressed, his eldest daughter was not mentioned at all.

Nonetheless, when the first episode came out, it revealed that the actual eldest child is Hosanna who then lived in Ohio with her husband Timothy Noble. Hosanna Plath is a violinist and since her husband plays the piano, they tour and play music together.

Now you can see why the eldest daughter doesn’t live on the farm with the rest of her siblings, and unlike her married brother Ethan, she doesn’t seem to visit much either.

Musicians tour the country performing and according to the pianist’s website, they post the dates of the concerts they have scheduled throughout the year as they travel from one state to another. Prior to Covid, in November and December alone, they played Ohio, Missouri, and Michigan, with additional shows scheduled in states like Indiana in the year 2019.

Besides the violin, she also knows how to play the viola and the piano, and she also sings soprano. Before marrying Timothy and starting to record music together, Hosanna the musical prodigy had also released at least three solo albums. She was also an important part of the family’s band, which she inspired when she parted ways with her classical music background to learn a violin melody. You can see one of the family songs on YouTube.