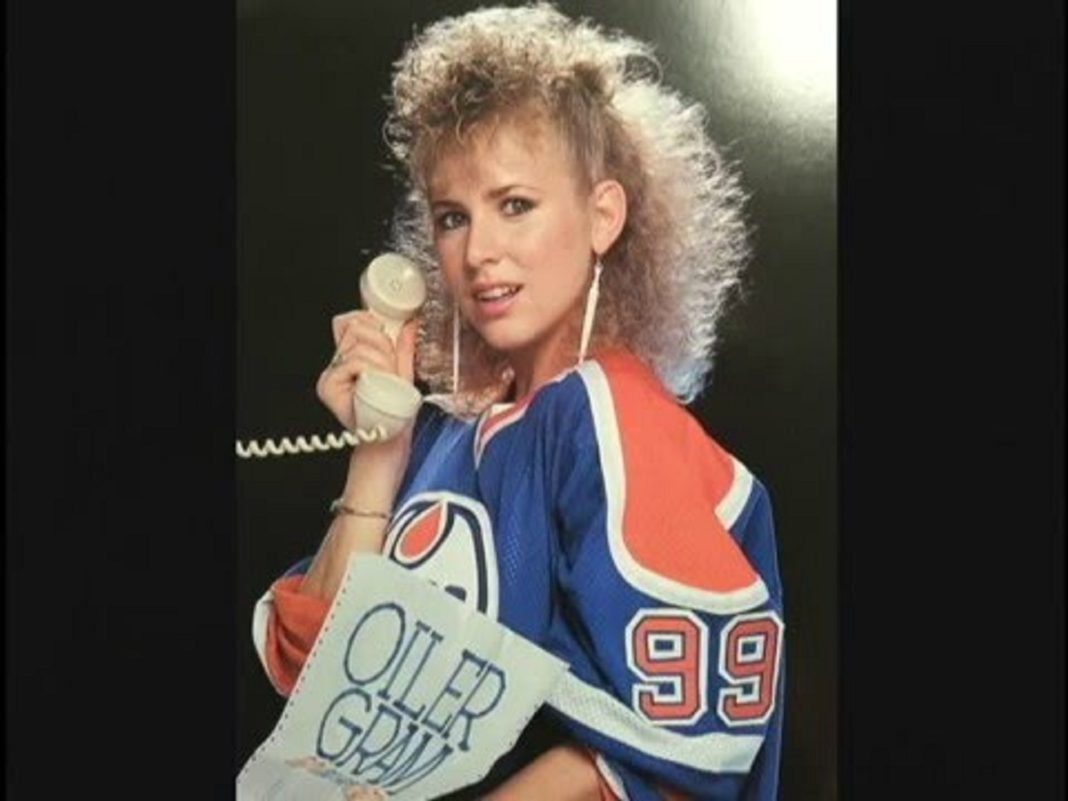 Here are 6 things about the Canadian singer Vikki Moss who would go on to date the Canadian ice hockey player Wayne Gretzky when he played for the Edmonton Oilers in the 1980s. But she would indirectly influence the health of the team in the locker rooms thanks to the introduction of her brother Joey Moss. This article details those events.

Vikki Moss: She Left An Indelible Print On Ice Hockey, Here’s How!

Vikki Moss is a Canadian singer who first appeared on the Canadian music scene with a Tim Feehan duet entitled “Never Say Die”. The 1983 duet was a No. 1 hit on the Canadian A/C charts.

With famed producer David Foster, Vikki Moss has had a long-time association, even singing lead vocal for “Love at Second Sight”, a song from his first solo album The Best of Me, and most notably on a track on the St. Elmo’s Fire soundtrack entitled “If I Turn You Away”, co-written by Richard Marx and David Foster. The Canadian singer was also featured on various Japanese TV soundtracks, such as “Whispers at Night” from Abunai Deka.

Moss’ first home was in Edmonton, Alberta, where she grew up with a brother who would also attain lots of fame. He is Joey Moss, the late Edmonton Oilers and Edmonton Eskimos locker room attendant and personality.

3. Who did Vikki Moss date?

The Canadian singer is said to have dated NHL superstar Wayne Gretzky when he played for the Edmonton Oilers in the 1980s.

4. Vikki Moss is the sister of Joey Moss:

Moss is the sister of the late Joey Moss who was the locker room attendant and personality of Edmonton Oilers and Edmonton Eskimos.

Joey Moss had captured the imaginations of Edmonton’s two main sports teams, the Oilers and the Eskimos. He’s never scored a goal, he’s never thrown a touchdown pass, but he’s won the hearts of an entire city. Of a whole country, even. At the age of 57, Moss took his last breath after suffering from Down syndrome (trisomy 21). In the eyes of Georges Laraque and Craig Simpson, two former Oilers, there is now one more star in the sky.

“Joey was an icon of the Oilers, ” added Laraque. When I was drafted by the Oilers, they quickly introduced me to Joey. The 1995 draft was in Edmonton. Joey was at the Oilers table and he was part of the furniture.

“Joey always kept smiling, he brought incredible energy to the locker room,” Laraque continued. “When we had a bad day, he would come to make us smile”.

Laraque and Simpson still had a heavy heart after his departure. But they refused to be overcome with sadness, advocating Joey’s philosophy that there was not a single bad day on this Earth.

He has enriched the Oilers’ landscape since being hired as a locker room attendant in the 1984-1985 season. For the record, it should be known that it was Wayne Gretzky who convinced the leaders of the Oilers to offer him a job. Number 99 was dating Vikki Moss, Joey’s sister at the time. In the summer of 1986, Moss accepted an identical position with the Eskimos.

“Wayne had a hunch,” Craig Simpson told the Tuesday Journal. He understood that Joey was meant to grow up in the Oilers’ environment. He needed a job to stimulate himself, to feel valued. He did this job wonderfully for 35 years. Joey worked with his heart and soul.

The winner of two of the five victories of the Stanley Cup Oilers (1988 and 1990), Simpson described him as a catalyst. “Joey has enriched the Oilers environment by just being there. All of the players who have walked through the locker room have a story with Joe. There was a bond that naturally developed between him and the players for a little over 35 years.

Vikki Moss’s brother Joey had often attracted the cameras to him for his interpretations of national anthems. Posted behind the Oilers bench, he sang with all his heart O Canada.

“Joey had another classic and that was singing La Bamba in the team’s locker room,” said Simpson, now an analyst for Sportsnet. When we needed a boost of energy, we often gave Joe the floor. He could also deliver fiery speeches in the locker room, especially on a practice day. He wasn’t afraid to criticize the players. New ones needed two or three months to fully understand. But then they enjoyed the character.

“Too often as an athlete, we forget the pleasure of playing, just having fun and we feel suffocated, ” continued Simpson. Joey allowed us to regain that feeling. He did his job with so much love, passion and determination. For me, Joey was an X factor in the Stanley Cup wins. He had his own role.

We don’t know if he grew up wrestling with his sister unless his parents scolded him for doing so. But, as an adult Vikki Moss’s brother who made his way to the Oilers found the perfect partner to exercise this sport with: George Laraque, who at that time described himself as a child in a man’s body.

“Joey was a big fan of wrestling,” recalled Laraque a few hours after hosting his show with Stéphane Gonzalez on 91.9. People used to call me “The Rock” in Edmonton. We had bought a wrestling belt and Joey often tried it out. I still fought with him.

“Joey said he was the world champion. But I liked to challenge him. The guys surrounded us in the locker room to form an exit from the ring. I gave him a Hulk Hogan shot, but he always ended up beating me. He kept his belt”.

Laraque and Simpson would now see the Oilers honor his memory. “Joey deserves his place on the ceiling of Rogers Place,” said Laraque. I would even go further. I say he also deserves a statue next to Wayne outside the amphitheater. Joey is an icon and he also represents a symbol for young people who have Down syndrome. He has inspired so many young people in his life.”