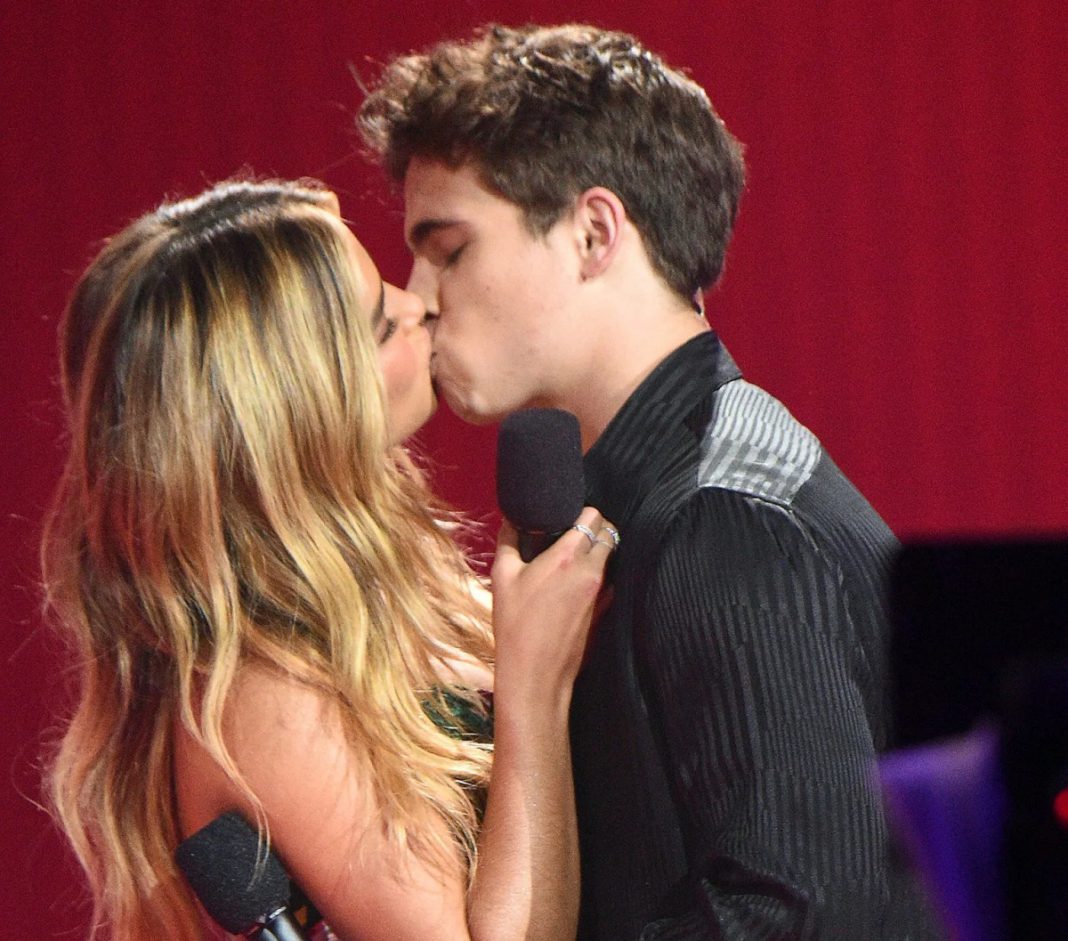 He captivated us in ‘Cobra Kai’, but we also fell in love with Tanner Buchanan in ‘He’s All That’. In this article, we tell you everything to know about one of the bad boys from ‘Cobra Kai’ played by the charismatic 22-year-old American actor who looks like the little brother of James and Dave Franco (but is not).

Tanner Buchanan: 8 Facts About His Life You Didn’t See Coming!

Tanner Buchanan was born on December 8, 1998, in Lima, Ohio, USA and is the son of Steve and Marlona Buchanan. Before venturing into the world of acting, the talented youngling began his acting training at Edge Performing Arts Center and Huckleberry Friends Productions in 2009, thanks to his great talent and determination, he landed his first professional role on the comedy series’ Modern Family ‘in 2010, at the young age of 12.

2. Becoming Netflix’s most sought-after new heartthrob, came at a cost:

Buchanan started his career as a child and teen actor, but his body image in this industry would also grow with him. Although he started in shows including The Fosters, Designated Survivor, and Fuller House, his breakthrough came in 2018, when he was cast as Robby Keene, the estranged son of Johnny Lawrence, on Cobra Kai.

Here, during his breakout role, Buchanan’s work in the martial arts-centric Cobra Kai is very physical and demanding. This means that he is working out and getting strong but even with that healthy attitude, he admits to having some tough moments.

While the 22 year old does his best to stay level-headed about body image, in an industry such as Hollywood, that can make it tough at times.

“Body image-wise, it’s really hard to be in this industry because I have caught myself a few times looking at other actors and thinking, ‘Whoa, they’re jacked. They feel like they’re so big. They got all these muscles that I definitely don’t have,'” he said. “But I feel like, over the years, I’ve just switched my mind to really just be like, ‘Look, if you’re working out consistently and you’re staying healthy, that’s all you need to do.'”

3. He’s in a relationship with Lizzy Broadway:

Currently, Tanner Buchanan has been in a formal relationship for a couple of years with fellow actress Lizzie Broadway, who is famous for her participation in ‘Chicago PD’ and ‘Bones’.

Tanner Buchanan along with girlfriend Lizzie has tried to keep their relationship out of the public eye to protect their love.

Unlike other celebs his age, the actor is not a fan of social media but on Instagram under @tannerbuchananofficial, he actually shares a few moments of his personal life. On his Instagram of more than 3.5 million followers, he only focuses on talking about the projects that come for him.

The actor’s favorite series is’ Gilmore Girls’ and he admitted to seeing it four times during the coronavirus pandemic quarantine: ‘I refused to watch Gilmore Girls for a long time. Now it’s one of my favorite TV shows.’

Tanner Buchanan is also a great sports lover, as he is fond of skateboarding, martial arts and tap, which is something you might not expect!

Turns out, one of Buchanan’s hidden talents was revealed on Anna Faris’s Unqualified podcast in August 2021, where he revealed, among other things, that he actually entered — and won! — tap dance competitions.

“All my cousins were women and they danced. . . Coming from a small town [in the] Midwest, it’s all sports. If you’re a guy, you’re a manly man. It’s that whole thing, but that’s not what I wanted to do. I wanted to perform, and I was different. I was the only and first boy to dance in our town for years,” Buchanan told Faris about his life as a kid. “I actually got into competitive dance . . . I would travel around Ohio and go to dance competitions. I’d have my solo piece and then I would have a dance with girls.”

The actor even shared a clip of him tapping away in a rehearsal studio in 2017.

Buchanan has some not-so-hidden musical talents, too! On Instagram, there is a behind-the-scenes clip from 2017, where he plays guitar alongside McKenna Grace, his Designated Survivor on-screen sibling.

8. Being a long rising star:

Movies and series where we have seen Tanner Buchanan have done well. He participated in over 29 series and movies in the last 12 years.

Perhaps one of his most important projects was in the popular Nickelodeon series ‘Game Shakers’, where he gave life to Mason Kendall, but it was not until 2018 that his face became world famous thanks to his character in the popular Netflix series, ‘ Cobra Kai ‘where he plays Robby Keene, son of Johnny Lawrence, who is the great rival of Daniel LaRusso and who was the apprentice of his father’s enemy in the series and movies based on’ Karate Kid’.

Some of his most prominent appearances on television have been in series such as: ‘Grey’s Anatomy’, ‘Major Crimes’, ‘The Goldbergs’, ‘Ghost Ghirls’, ‘Growing Up Fisher’ or ‘Mixology’, to name just a few of his first projects. He has also worked on successful series such as ‘Deputy’, ‘Designated Survivor’ and ‘Fuller House’.

If, like us, you can’t stop thinking about Tanner Buchanan’s beautiful smile, remember that he just premiered his most recent leading film on Netflix, entitled ‘He’s All That’, you can’t miss it!