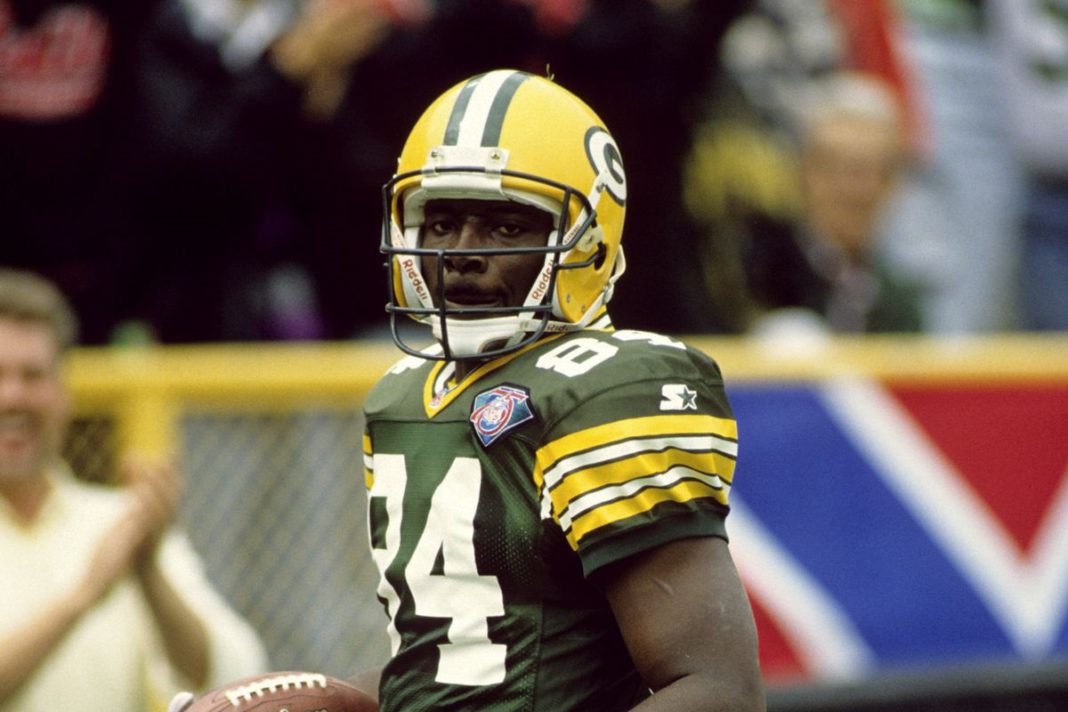 We all have our heroes. They might be from the entertainment industry, a politician, or maybe a sports person. Sterling Sharpe is also a hero and an inspiration for many. Football players around the world adored his gameplay and techniques and practiced them to become like him. However, due to a sudden neck injury, Sharpe was left with no choice but to leave football. Suddenly, the star who resided in the people’s hearts and was still working hard to reach new heights was deprived of his one true love- football!

This article is about Sterling Sharpe – the football hero most people today do not even know about. We will remember the unsung hero that once rose in the football industry and won hearts.

Early Life of the Star in Making

Sterling Sharpe was born in 1965 in a middle-class family in Chicago. He moved with his family and stayed in a farm country near Savannah, where he spent most of his childhood. His grandmother raised him. At quite an early age, Sterling Sharpe realized his dream to become a footballer. His brother Shannon Sharpe was also an admirer of football and wanted to become a footballer. With their dream in mind and sight, they began dedicated and rigorous practice with their high school football coach, who prepared them to become athletes.

The first match ever played by Sterling Sharpe was the one he played in junior high school as a kickoff. He was also a member of the Basketball and Track teams. He advanced to become a part of the football team in his high school, The Glenville High School. Here, he was well-known for playing well despite his injuries. He used to play quarterback, lineback, and running back.

Later, he got admission to the University of South Carolina, where he played for the school football team- the South Carolina Gamecocks, from 1984 to 1987. Here, Sharpe was able to break numerous school records, including a 100-yard kickoff return for a touchdown in his sophomore campaign.

He was considered one of the most elite wideouts in the college ranks. He also assisted the Gamecocks in winning eight out of the twelve games they played in the final season. He was also the recipient of the Enright Award for leadership. He finally completed his graduation in 1988 which two degrees – in retailing and interdisciplinary studies.

Career and Performance of the Star Player

After completing his graduation, he took a significant leap in his career and started playing for the Green Bay Packers. In fact, it is said that he was the first choice of the Green Bay Packers. The Packers selected him in the first round of the NFL Draft in 1988. The NFL Draft is the procedure that helps the NFL teams to select amateur players from colleges. It is also known as the NFL Annual Player Selection Meeting. In the 24-24 April 1988 draft held at the Marriott Marquis in New York City, Sterling Sharpe was selected as a wide receiver by the Green Bay Packers. His career thus took a kickstart in 1988. Consequently, for the next seven years, he became a household name in the Packers.

Sharpe focussed intensely on his game while avoiding any kind of attention from the media. He also restrained from giving interviews or signing autographs for the fans.

The first season that Sharpe played was the season when he caught more passes than any other rookie in the whole history of the Green Bay Packers. He started all 16 games of the season and caught 55 passes for about 791 yards and also a touchdown. In 1989, when he was selected to play in the Pro Bowl, he caught about 90 passes!

While Sharpe did not like giving interviews to the press, in a rare interview on radio, he revealed that the reason for this was that he was not treated properly by the press at the beginning of his career, and this was his revenge strategy; for the press!

Walking in the footsteps of Sterling Sharpe, in 1990, his younger brother Shannon Sharpe also started playing in NFL for the Denver Broncos. This way, Shannon and Sterling were the only two players that were brothers and yet played for two different teams. Later, Shannon Sharpe went on to become the Hall of Fame tight end, while the dream of Sterling Sharpe was left incomplete.

Achievements of a Whopping Career

In 1992, when Sterling Sharpe led the league in three statistical categories, he won the “Triple Crown”, the sixth player to achieve this. In this season, he led in receptions, yards, and touchdowns, with a whopping 108 passes, 13 touchdowns, and 1,461 yards. He was quite famous for his route-running and blocking skills.

In 1993, the 107 receptions by Sterling Sharpe broke the record of the NFL for the largest number of receptions in one season. He had the record of 107 receptions, which broke the previous record by the Washington Redskins of 106 receptions. This made him catcher of more passes than anyone in the history of Green Bay Packers would have ever got. He also set a new record for the Packers with 103 consecutive games with a minimum of one pass reception. Later in 1993, he broke his record by taking the number of receptions to 112!

The playoff match in January 1994 was won by the Packers, all thanks to Sharpe. This came out as their first playoff victory in the 1990s. This match also made him the first receiver in NFL history who had caught 100 more passes for two consecutive seasons.

The Injuries That Didn’t Halt Him

In 1994, Sharpe witnessed an injury known as turf toe, which restrained him from playing almost half of the season. The turf toe Sharpe was a problem with hyperextension of his left toe, which caused a lot of pain for him. However, he continued playing for half of the season after improvising and accustomed himself to playing with the larger foot.

Sharpe witnessed a severe injury in the top two vertebrae of his neck in the same year. This happened while playing a match when his neck snapped suddenly while blocking a player. At that time, he instantly received a clean bill of health.

The Final Blow To Sharpe’s Career

When Sharpe was tackled in his next game, the injury worsened, leading to numbness and tingling sensation in the limbs.

When Patrick McKenzie, the team physician, declared that he would need surgery to get his loose vertebrae to fuse, it came as a final blow to his extravagant career of Sharpe, and he was forced to retire from the game.

Sterling Sharpe played in 112 games in his entire career and caught 595 passes with 65 touchdowns and 8.134 yards. At the time of his retirement, there were only three players whose average of receiving yards per game was more than that of Sharpe.

If Sterling Sharpe didn’t retire, he would have taken Green Bay Packers to a completely different level. He could have played until 36, around 16 matches in a season. Also, he was not too far away from acquiring his place in the NFL Hall of Fame.

However, being unable to play did not keep Sterling Sharpe away from football. He became a broadcaster for the famous sports channel ESPN. He used to analyze games for shows such as the NFL Game Day and Prime Monday. This way, he indulged in football and kept his passion and knowledge of football alive.

The fans had their heart broken when Sterling Sharpe retired from the game. Many forecasters had already made predictions about the career of Sharpe that was meant to touch skies and make him one of the most renowned players in the history of the NFL. However, there is no fighting fate.

The career of Sharpe was cut short, with a total of 6 years of playing football. However, he was successful in making a mark for himself even in such a short term. Just imagine the player who achieved so much in just six years; where would he be today if he had a chance to play football for six more years!

He was just 29 when he was forced to retire due to his neck injury. He could have played till the age of 36 if the scenario was different. Fans still make calculations of his achievements and success and wish he could give more great years to the NFL and Green Bay Packers and take the team as well as his career over the seventh cloud!