Snow White With the Red Hair Season 3 Not Happening, Here’s Why 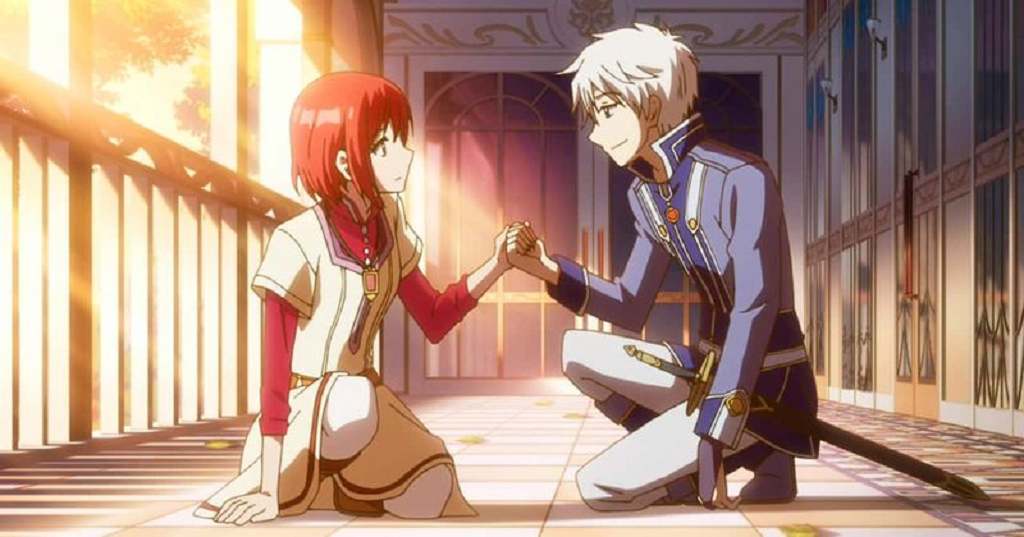 For the past 5 years, the second season of Snow White With the Red Hair was the last thing we saw. The well-loved fantasy romance anime came to an end in 2016 with a “happy but open” ending that inevitably left fans wanting more. If you look at Season 2, there is still more of a love story to be told about the romance between Shirayuki and Prince Zen. This led to people questioning whether a Snow White With the Red Hair Season 3 is ever going to happen. Let’s look at the production and decide.

Snow White With the Red Hair Season 3 To Be Unlikely!

What is Snow White With the Red Hair about?

The main character named Shirayuki is an ordinary resident of a kingdom called Tanbarun who has a unique feature of red hair. When the first prince of Tanbarun, Raji, ordered Shirayuki to become her concubine, she cut her hair and fled to the kingdom of Clarines. On the way, she met and became friends with Prince Zen and his two bodyguards. When Zen is poisoned with an apple, Shirayuki manages to find the antidote and decides to go with the three of them to Clarines. Not long after, Shirayuki passed an exam for a training position as a pharmacist. The story revolves around Shirayuki in her quest to find a place in Clarines and carry out her duties as a palace pharmacist.

Let’s take a look at whether the anime studio could produce the very highly anticipated third season.

The show Akagami no Shirayukihime (also known as Snow White with the Red Hair) is a Japanese shoujo manga series written by Sorata Akizuki. Serialization started in LaLa DX magazine but was later moved to LaLa.

Season 1 of the anime was produced by Warner Entertainment Japan and Studio Bones which took the anime to a TV adaption by airing in Japan on July 6, 2015.

The second season of the series premiered in January 2016, but there is no official word of a Season 3 for Snow White With the Red Hair.

Why haven’t we heard anything about season 3?

Snow White With the Red Hair Season 3 continues on paper:

One good news for fans is that the manga is still going on and with more stories being told about the relationship between Shirayuki and Zen, the material for season 3 is looking good.

In 2021, specifically October the show only covered up to Volume 8 of the source material.

The anime thus far has been focusing on Shirayuki’s journey to the northern territory in the Kingdom of Clarines, and so if there is a third season, it is where she and Ryuu begin inventing and researching new herbs.

If there is a third season, it would also describe how Zen decides to travel to the north as well after hearing some news.

Who are the voice actors of Snow White With the Red Hair?

We can expect to see these characters return in Season 3 of Snow White With the Red Hair.

The main female character in the story has red hair. She is considered rare and unusual and even bullied but she is very smart!

She is an expert herbalist, and works at the Clarines Palace as a court medicinal herbalist. Before meeting Zen, she was employed  in Tanbarun exporting medicinal herbs.

She becomes close friends with Zen and over the two seasons and their feelings grow and they fall in love.

The main male character in the story is also the second prince of Clarines. He is an expert in sword fighting, because since childhood he has practiced with his older brother.

His assistants, Mitsuhide and Kiki, have a full time job preventing the prince from excusing his daily responsibilities and escaping from the castle,

It is in one of these loopholes that he meets Shirayuki. After hearing her story, he decides to help her and invites her to live at Clarines. They become close friends and like Shirayuki, feelings of love for her begin to grow. Despite being young, he gets along well with the citizens of his Kingdom.

Zen’s helper and friend of his. He has a very nice attitude. He is an expert at sword fighting, as is Zen. Apparently, he has feelings for Kiki.

Mitsuhide Lowen is sent by Prince Izana to watch over Zen. At first, their relationship is complicated, but over time they grow closer and end up establishing a great friendship. He meets Kiki at a palace party, at first he does not know that she is Zen’s new assistant.

Zen’s assistant and friend, Kiki Seiran is a serious, independent, reserved and discreet woman. She is an expert in sword fighting. He meets Mitsuhide at a party at Clarines Palace. In the beginning, she keeps hidden that she is Zen’s new assistant. She cares about Zen and his well-being, this includes that Shirayuki is well. She has feelings for Mitsuhide, but prefers to keep them hidden. She declares to Zen that when the time comes, she will confess her true feelings.

Obi proclaims himself a servant of Prince Zen, however, the young man considers the prince his friend. He is very clever and bold when moving. He was originally sent by the Marquis Haruka with the mission to scare Shirayuki away from Zen, but after being discovered by him, he decides to become his servant. Since then, he has addressed Zen as “master”. Little is known about his past,(which can be explored more in Season 3) but it is implied that he lived a very lonely life before meeting the prince and that is why he is attracted to the protection that Zen gives him and the love that Zen and Shirayuki give him. He has feelings for Shirayuki but decides not to reveal anything due to prioritizing his loyalty to Zen and Shirayuki, above all else.

Final Verdict on Snow White With the Red Hair Season 3:

Despite not hearing about Snow White With the Red Hair Season 3, there was no official news of a cancellation, giving fans a lingering hold on hope.