Shirine Boutella: A Girl Who Tamed Both Social Media and Big Screens 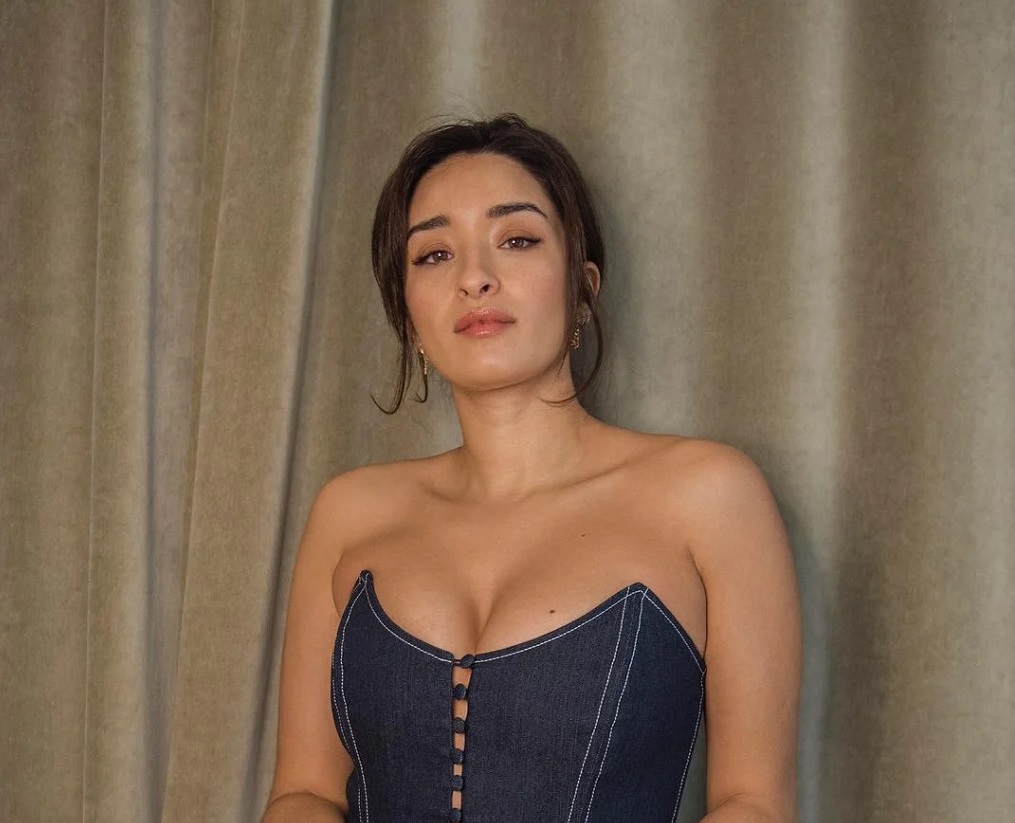 Very active on social networks, the young woman first made herself known as a beauty influencer. Shirine Boutella would go on to become one of the most successful online personalities to conquer television as well!

Here are some lesser-known things about the Algerian actress and social media personality you’d want to know as her fan!

Shirine Boutella: 5 Facts About The Actress and Beauty Influencer

When you hear that Shirine Boutella has an Austrian grandmother and that she speaks French, Arabic, English and German, you want to know how!

Shirine Boutella was born on August 22, 1990 in Algiers, to an Algerian father, a former fighter pilot of the Algerian Air Force and to an Austro-Algerian mother, architect. She grew up in her native country with her sister Senda, then left Algeria to continue her studies in Paris.

In 2012, she enrolled at the University of La Sorbonne and began studying cinema and audiovisual. But after three years, she chose to continue her studies in Vienna, the cradle of her maternal family, and enrolled in German lessons.

At the same time, she began to be very active on social networks and posted her beauty tutorials on Youtube and Instagram from 2015. In 2017, Shirine Boutella returned to Algiers and her community on Instagram continues to grow.

After growing up in Oran then in Belgium before returning to Algiers, she obtained her bachelor’s degree and began studying cinema and audiovisual at the Sorbonne Nouvelle University in Paris.

“At that time, I wasn’t quite sure what I wanted to do with my life. After three years of a bachelor’s degree, the idea of ​​continuing with a master’s degree put me off”.

The lessons were really too theoretical. She then decided, in 2015, to leave Paris to settle in Vienna, in order to learn German, one of her mother’s mother tongues.

In the morning, she took German lessons and in the evening, she worked as a waitress in a French restaurant. And the rest of the time, she was definitely bored. “This is where I started watching videos on YouTube. I found the manicure, nail art and makeup videos to be cool. Also, I bought myself all kinds of cosmetics in order to reproduce what I saw. It was starting to fascinate me. And then, I had the idea to create my own channel and post my content”. She quickly learned to edit as much as possible and invested in equipment.

When she left Paris to come to Vienna, Shirine Boutella’s path would lead her to eventually become known for her beauty tutorials on YouTube and Instagram. Noticed by a communication agency, she joined the cast of two series, El Khawa and Casbah City tv series on the El Djazairia One channel.

In 2018, she landed a role in the cinema in the film Papicha directed by Mounia Meddour, which was filmed in Algiers. The film was selected in the “Un Certain Regard” category at the Cannes Film Festival in 2019 and allowed the young actress to stand out.

The Franco-Algerian director Mounia Meddour chose her to play the role of Wassila in “Papicha ” – her first feature film which deals with the disillusions of a group of Algerian students, thirsty for freedom, in the midst of the black decade in Algeria.

“Wassila is a character who looks like me. She is a good living woman who is as strong as she is fragile. Also, when I read the script, I was blown away. I did not hesitate for a second in the face of such a powerful story. We’re talking about a film that comes from the guts, ”says Shirine Boutella, 29, also known for being one of the first Algerians to have placed their native country in the sphere of influencers.

During that time, the actress was followed on YouTube, under the name of Mademoiselle S, by more than 500,000 people and on Instagram by 1.9 million subscribers!

Based in Paris, the young woman was therefore increasingly sought after by directors.

In 2020, she landed a role in the TV movie Special Mention, Welcome to Adulthood. In 2021, she played Lieutenant Sofia Belkacem in the series Lupine, broadcast on Netflix. This year, she also was cast in the Fugueuse miniseries broadcast on TF1 in which she portrays a lieutenant of the miners’ brigade, alongside Michaël Youn and Romane Jolly.

In October 2021, she was in the casting of the first season of the Validé series created by Franck Gastambide and broadcast on Canal.

Now Shirine Boutella is 31 years old in 2021 with a HUGE following and it’s perhaps this very notoriety that allows her to meet many film personalities, and it is in 2019 that she is offered her first MAJOR role in the film Papicha by director Mounia Meddour. Of course with her huge following of 1.9 million, she was the perfect cast to play the role of Wassila, the best friend of the heroine camped by Lyna Khoudri. The feature film was even distinguished by the César for best film in 2020 and gave her not only more visibility but additional followers!

It is also then that Shirine Boutella who learned to tame both Youtube, Instagram, and the big screens of TV, decides to start a real career as an actress.

In 2021, the young actress gained international visibility when she joined the cast of the Netflix series, Lupin, where she plays Lieutenant Sofia Belkacem, determined to arrest Assane Diop, a burglar gentleman played by Omar Sy.

The same year, Shirine Boutella participated in the new part of the fiction Particular Mention broadcast on TF1, as well as in season 2 of Validé produced by Canal +. She is also on the poster for the Fugueuse series, adapted from a Canadian soap opera, and at the same time, the actress is back in the cinema in the new film by David and Stéphane Foenkinos, titled Fantasies.

5. Shirine Boutella is a distant cousin of Sofia Boutella:

Sofia Boutella was once the girlfriend of the Hollywood actor Chris Pine.

Sofia Boutella is a French-Algerian actress, model and dancer, the daughter of a musical composer and an architect. From a very young age, Sofia dedicated herself to dancing. When she was 10 years old, before the Civil War that ravaged her native country, the Boutella family decided to move to France. In France, the country from which she was nationalized, she continued her love of dance and devoted herself to rhythmic gymnastics. Later she went to the United States, specifically to Boston, to study at the Berklee College Of Music.

Incorporating elements of hip hop and break dance to her repertoire, Sofia managed to enter the world of pop music, collaborating as a dancer with Jamiroquai, Chris Brown, Mariah Carey, and Michael Jackson. She even toured with Madonna, from whom she danced in the Super Bowl. In 2007, choreographer Jamie King chose her as the image for the sports brand Nike.

Sofia gained greater international prominence when she was cast as Gazelle in “Kingsman: Secret Service” (2014), an espionage film starring Colin Firth and Taron Egerton. Later, she stood out with the character of Jaylah in “Star Trek: Beyond” (2016) and became Ahmanet in “The Mummy” (2017), a film starring Tom Cruise. She played the character of Delphine Lasalle in “Atomic” (2017), an espionage thriller with Charlize Theron as the main protagonist. A year later she starred in “Climax” (2018), a meeting of dancers affected by an LSD bloodletting; accompanied Jodie Foster in the cast in “Hotel Artemis” (2018); and starred in a version of Ray Bradbury’s “Fahrenheit 451” (2018) starring Michael B. Jordan.