Ricardo Trogi: Who is The Popular Canadian Filmmaker? 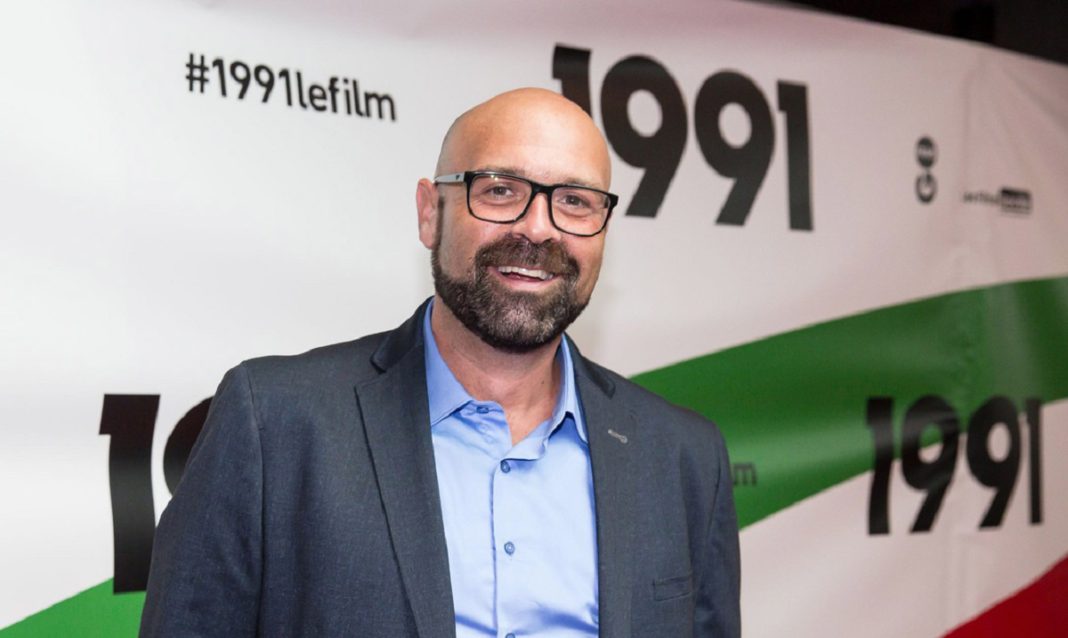 Ricardo Trogi is a Canadian filmmaker who has had a long and fruitful career in the entertainment world. He has worked as a filmmaker and an actor in his career. Let’s find out more about him.

Ricardo Trogi: All You Need to Know

When was Ricardo Trogi born?

How did Ricardo Trogi get inspired to start directing?

In Secondary V, Trogi got a role in a play as an actor. But he didn’t like being led and decided this was the last time he was told what to do. Now he was going to be the guy in the room telling the others what to do. It was really at this point that he realized that his place was on the other side of the camera. A second click was made when he was hired in a photo center. He then discovered cameras, and it became a passion. He then studied scriptwriting at UQAM for a year before participating in La course destination monde, in 1994.

“As far back as I can remember, I’ve always wanted to write stories. At school, anything that appealed to my creativity turned me on. I was part of my school’s improvisation team and got involved whenever there was a show to put on. It was clear to me that I was going to make a career in the entertainment business.”

How did Ricardo Trogi become so popular?

Ricardo Trogi quietly began to indulge himself in his previous films, notably in Quebec-Montreal and Biological clock. It looks like it was from there that the modesty faded a little. The positive reaction from the public also encouraged him. When it came time to do 1981, he had no difficulty getting wet, telling his story and revealing who he was. However, he initially wanted to use a pseudonym for this film. But he finally gave up on this idea, deciding to take responsibility for who he was.

How did Ricardo Trogi react to the success of his trilogy?

Speaking in an interview, Ricardo Trogi said that he was more surprised that the public was still there at the exit of the second part. “I told myself that 1981 had drawn crowds because it was a childhood movie. But when 1987 came out, I felt that there was a real desire on the part of the audience to know the rest of the story, and the third installment, 1991, had the same enthusiasm. I also really appreciated the fact that several people recognized themselves through my story”, Trogi said.

How did Ricardo cast Jean-Carl Boucher?

Trogi was advised to meet Jean-Carl and, when he saw him, he knew immediately that he had everything it took to play this role. He was quite short, he was a bright guy, and he physically looked like the teenager that Trogi was. Boucher’s maturity and natural, effortless acting skills also impressed Trogi.

Is Ricardo Trogi planning a fourth installment of his hit movie franchise?

Yes, there are plans for the fourth film in the franchise but nothing concrete has been decided yet. Speaking in an interview, Trogi said: “Let’s say that the pandemic has influenced the rest of things a bit. Since I have free time, I bought myself a Super VHS camera, the camera I had in 1994, the year the new film would be about and the year I participated in The World Destination Race. I am diving back into this period of my life now. I listen to songs from the era and dig through my documents, and I have to say I have a lot more documentation for this one than for the three previous films.”

How many children does Ricardo Trogi have?

Ricardo Trogi has a teenage daughter who intends to work in the communications and entertainment sector. There is no guarantee if she will become a filmmaker like her father. However, technology has evolved so much that young people of his generation have the technical means to do a lot of different things. Anyone with a smartphone can shoot and edit movies at his age and Trogi’s daughter can also build an interest in it with ease.

Why did it take so long for Ricardo Trogi to start working on TV?

Trogi was a little hesitant because he only wanted to do movies. He was used to shooting only projects for which he had written the scripts. But he quickly realized that to earn a living in this profession, it is better to broaden your horizons and have several weapons in his arsenal. A producer finally convinced him, and he directed the Smash series. He enjoyed this first experience, even if it is not at all the same game as the big screen. There is less freedom and directors have to take into account the opinions of several other people.

Speaking about his proudest professional accomplishment, Ricardo Trogi said: “I think my most honest answer would be that being still here and still practicing my profession almost 20 years later is my greatest pride and my greatest accomplishment. I also find the fun of still having a taste for making films and that the passion is still there. My trilogy also fills me with pride. I had a lot of fun making these films and telling this story, which is very close to mine, to people.”

How does Ricardo Trogi deal with criticism?

Ricardo Trogi has always considered himself lucky because none of his movies have been brutally panned by the critics so far. However, he did admit to paying more attention to his critics when he was starting out as a filmmaker. The World Destination Race movie also helped him get accustomed to receiving criticism. Speaking about the criticism he received for his work on The Guys, Trogi said: “In the case of The Guys series, some have said it was going to be another series of Uncle, but I found it kind of funny that the series got so much talk before it was even shot.”

What is Ricardo Trogi’s dream project?

Ricardo Trogi’s dream movie is a project about the life of Leonardo da Vinci. Aside from his famous paintings, not much is known about the life of the famous Italian artist. Trogi also tried making a movie on the lives of hockey legends, the Stastny brothers but the project failed to materialize for undisclosed reasons.