Peter Pocklington: 4 Things About The Oilers Owner Most Don’t Know! 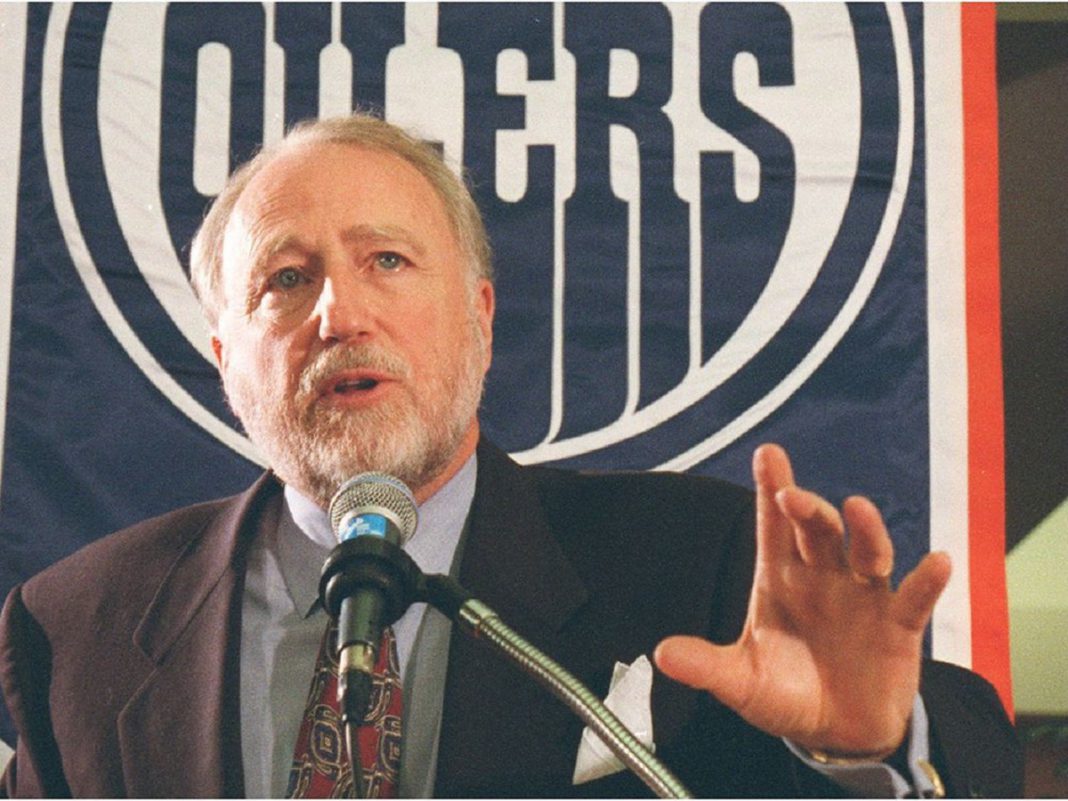 Peter Pocklington rose to prominence in the 1980s as owner of the Oilers, which were led by Wayne Gretzky. He had, however, lost his capital of sympathy by orchestrating the exchange that had sent Wayne Gretzky to the Los Angeles Kings. In this article, we discuss what happened to Peter Pocklington using 4 key points from his life.

Who is Peter Pocklington?

Pocklington is best remembered as the owner of the NHL hockey team Edmonton Oilers from 1975 to 1998. In his era, the club won the Stanley Cup five times, and the team played superstars like Wayne Gretzky, Jari Kurr and Mark Messier. One of Pocklington’s most controversial decisions was to sell the brightest star of the sport to the Gretzky Los Angeles Kings in August 1988. He earned the enmity of many Canadians that day.

He is also a Canadian entrepreneur and a strong supporter of free-market capitalism.

Peter Pocklington was known among North American hockey fans as ” Peter Puck, ” the non-conformist entrepreneur from oil-rich Alberta who was also the owner of the Edmonton Oilers of the National Hockey League. (NHL).

In 2008, Following a bankruptcy claim, the former Edmonton Oilers owner had to be bailed out of jail in California by his former general manager, Glen Sather for 1 million dollars.

Peter Pocklington confessed to lying when he filed for bankruptcy that year.  The state prosecutor recommended a six-month subpoena and a three-year probation period. The former Edmonton Oilers owner won’t be able to declare bankruptcy while his case is in court. He still owes the Alberta government $13 million.

In 2020, he was arrested at his Palm Desert home based on allegations he concealed assets during bankruptcy proceedings (Peter claimed to have debts of nearly $20 million and assets of only $2,900).

Pocklington is most definitely accused of making false statements in bankruptcy and taking false oaths – he filed for personal bankruptcy in 2019 and was also accused of failing to disclose two bank accounts as well as the contents of two storage units. The former Edmonton Oilers owner could face up to 10 years in federal prison.

Growing up in business:

Pocklington’s dramatic life began when he was a high school dropout, and then shifted around. He first owned a steakhouse; then he made a fortune in selling cars; then he owned the new Edmonton Oilers on the cusp of them becoming an NHL team becoming one of the wealthiest men in Canada for a time.

But before all that, Peter Pocklington was born in Regina, Saskatchewan to Basil Cohen Pocklington, an insurance executive who immigrated from England as a young man, and his wife, Eileen (Dempsey), and was raised in Ontario.

According to Pocklington, a young Pocklington’s biggest influence had been legendary motivational speaker Earl Nightingale and his best-selling recording, The Strangest Secret. “It literally said, ‘You become what you think,” Pocklington told his biographers. The former Edmonton Oilers owner says he still has the record today.

One of his first business ventures was to locate old cars on the farms around Carberry, Manitoba (his maternal grandparents’ house) and buy them for $25, then ship them to Ontario by train, where he sold them for over $550. Due to the dry and cold climate of the West, the cars, many of which were between 25 and 40 years old, were in better condition than comparable vehicles that had driven on the salty roads of Ontario.

“Peter Puck” as he was called in his heyday is a larger-than-life story as he made deals you just can’t do that anymore, so it makes for great theater in his Lego-based biopic.

As the owner, the Oilers became a dominant NHL team – in fact, a dynasty under Peter Pocklington.

The Oilers’ lineup of stars was the thing of legends – Paul Coffey, Jari Kurri, Grant Fuhr, Glenn Anderson, Mark Messier, and on and on. That lineup went off the rails and blew up when Pocklington acquired the magnificent young star Wayne Gretzky to the team in 1979.

Of course, in 10 years, Peter shocked the world by “trading” Gretzky to the Los Angeles Kings.

Pocklington’s life experiences were extensively documented in the 2009 biography, I’d Trade Him Again: On Gretzky, Politics and the Pursuit of the Perfect Deal, written by Terry McConnell and J’lyn Nye. The title of the book was inspired by Pocklington’s continued belief that the Gretzky trade was the right business at the right time and had a positive impact on all parties involved: the Oilers, Kings, Gretzky, and the game itself.