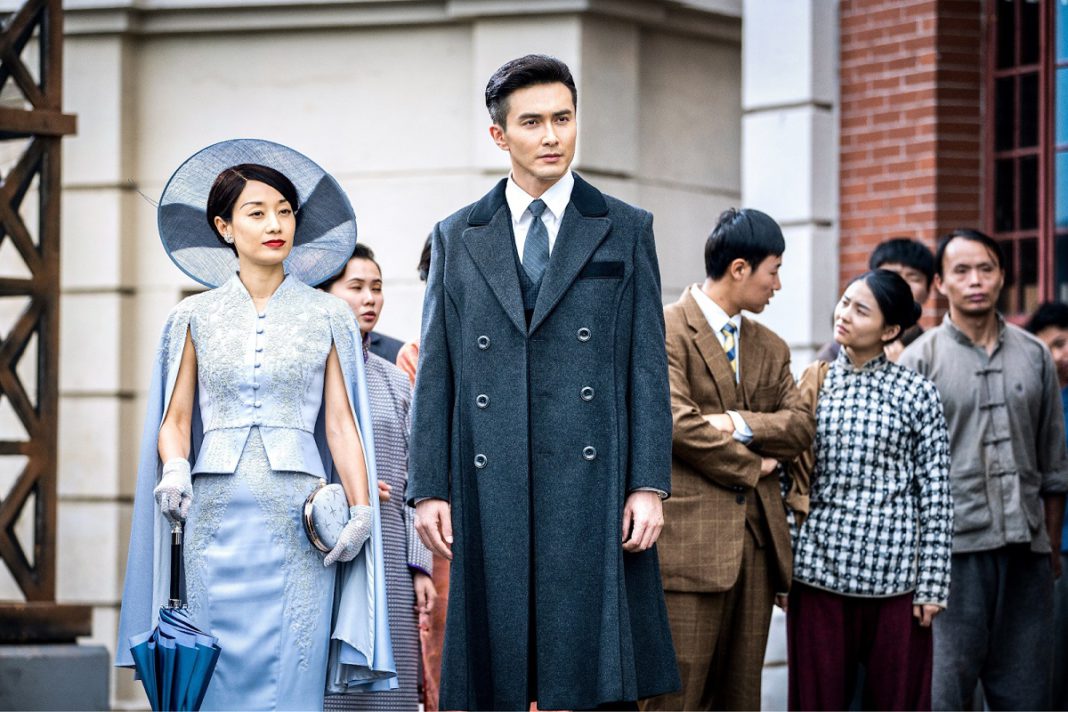 In 2020, it was revealed that WarnerMedia’s series based on the Australian original and distributed by All3Media International will be called: Miss S. Here are some details about the show you’ll want to know!

Miss S: Say Hello To Shanghai With These 4 Facts!

1. Miss S was announced in 2020, here are the production details:

“Miss S” will be a drama produced by Tencent Penguin Pictures, Shanghai 99 Visual and Easy Entertainment for Tencent Network in China and for WarnerMedia Entertainment Networks in Southeast Asia. The series will air as an HBO Asia original on the HBO GO streaming service and then on the HBO channel. WarnerMedia has also acquired the rights to broadcast the drama in Mandarin in the United States; while in China, the series will be broadcast on Tencent and its satellite channels in China simultaneously.

2. Miss S is a Chinese adaptation of the Miss Fisher brand and will star Yili Ma:

​Inspired by ‘Miss Fisher’s Murder Mysteries’, the drama under all3media international was sold to more than 240 territories, the new Chinese adaptation is set in the 1930s in Shanghai. Starring the actress Yili Ma,the series is based on Miss Su Wen Li, a beautiful and witty socialite who forms an unlikely detective duo with the honest and serious Inspector Luo Qiuheng.

Meanwhile, Sabrina Duguet, the VPE of APAC international All3Media, added: “We are delighted that WarnerMedia Entertainment Networks is our partner in this drama, which is very impressive and visually entertaining. This is our first collaboration on HBO Asia Original, and we all agree that Miss S is truly a fantastic series. The show is infused with all the sophistication and flair we love about the Miss Fisher brand and represents an exciting continuation of the success story of this elegant drama”

The new Chinese adaptation is set in Shanghai and transports the setting of Miss Fisher’s Murder Mysteries from Melbourne in the 20s to Shanghai in the 30s. So a ten year gap but the show Miss Fisher’s Murder Mysteries is undoubtedly one of Australia’s major TV success stories of recent years, for it charted the revenue from the eponymous Miss Phryne Fisher (Essie Davis), based on the novels by Australian author Kerry Greenwood.

Miss S on the other hand will star Yili Ma as Miss Su Wen Li, a beautiful and witty socialite who forms an unlikely detective duo with the honest and serious Inspector Luo Qiuheng. Similar to the plot of the popular Australian series, despite their many differences, the  Inspector and the witty female lead will share an undeniable chemistry, and of course they continue to solve many cases together in and around Shanghai, while Miss Su Wen L similarly searches for clues behind her sister’s disappearance.

A Chinese remake is a rare kind of production because while it is an even more telling marker of success, while it sounds familiar, it is exactly the same set up, only in Shanghai, and in Mandarin.

The Aussie series—which ran for three seasons between 2012 and 2015— was about a glamorous female private detective solving crimes in 1920s Melbourne while engaging in a will though/won’t they romance with a hunky Inspector. Miss S will also sound familiar as the  female lead has recently returned to Shanghai from a sojourn in Paris.

The Chinese remake offers a breath of fresh air as glamourous socialite Su Wenli (Ma Yili) soon finds herself embroiled in a murder mystery, only this time we won’t be seeing familiar Melbourne landmarks painted according to their historical context, for Australian audiences. This time we’ll be subtly learning about Shanghai as an exotic viewing destination as Miss S’s Shanghai is from the 30s and is an almost wholly Chinese production: it will not be a case of a western production lifting cultural elements for the cache.

If it works, keep it:

Stop me when this sounds familiar: you will discover plenty of recognizable elements at play here such as if it ain’t broke, don’t fix it. Our female lead still has a faithful maid, but instead of Dot played by Ashely Cummings, it’s Xiao Tao Zi played by Bu Guan Jin.

So, what’s different? Well, literally it comes down to Shanghai, so we’re navigating Chinese culture and Asian society and not an early 19th century Asia either, there are a lot of changes in the background and a lot of the assumptions may not be noticeable to non-Chinese audiences. But as we said, if it ain’t broke, don’t fix it – so we’ll once again find the distinct divide between our agnostic female lead and her devout maid – Irish Dot was Catholic, while Xiao Tao Zi is a devout Buddhist.

But when it comes to family dynamics, it is different from the original series as so many bodies on Miss S are the product of familial strife—this seems to  be different.

A toned down romance:

As fans know—and they are making inroads in the East in the form of Miss S, a co-production between HBO and the Chinese company Tencent Penguin Film, but Miss S is shockingly new in one regard.

A toned down sex life is the most noticeable change as this is not the west. Like a new riff on a favourite old recipe, Miss S’s sex life has been drastically toned down in comparison to our Phryne,

As we said, the show will literally come down to Chinese social mores, culture and society and so the cast need not leap into bed to keep the temperature up.

To better adhere to the east, the air of repression makes the sublimated sexuality pop even more as you’ll see  smouldering glances and flirty banter between Su Wenlei and Inspector Luo. Offering up some real old school Hollywood stuff which contains everything you already love about the original while pushing in some bold new directions, with a Shanghai based re-write or should we say, re-imagination for new viewers and old fans alike!