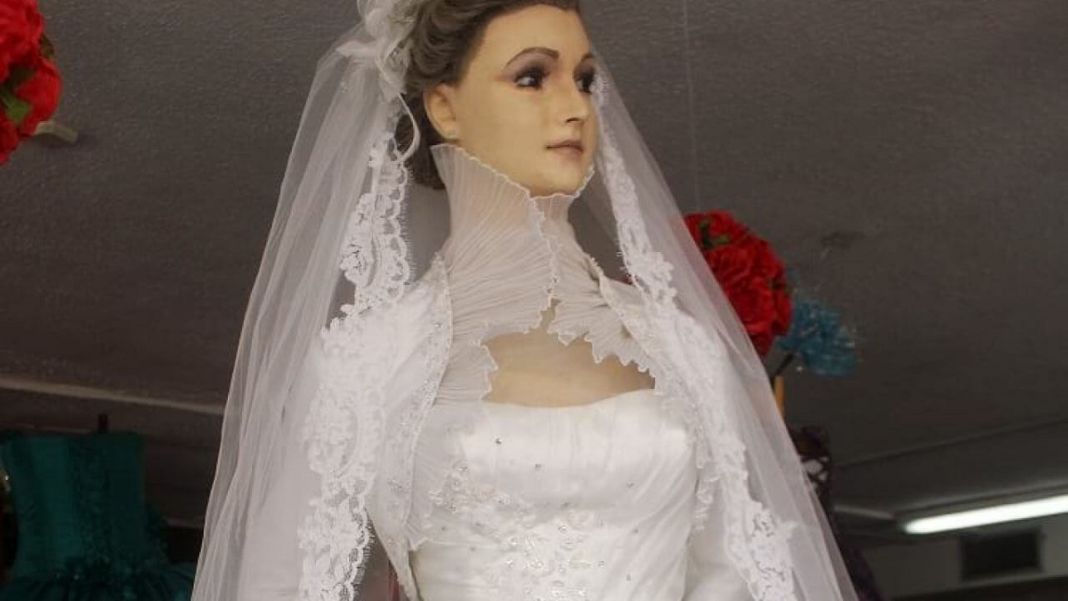 La Pascualita is an integral part of Chihuahua’s charm. Her legend has only grown with time and has appeared on numerous television programs. La Pascualita’s popularity isn’t just restricted to Chihuahua or Mexico, she is well known globally as well. Her incredible features and characteristics have made her incredibly popular globally. In this post, we will take a closer look at La Pascualita and what has made her the legend that she is today. Let’s get started.

La Pascualita: All You Need To Know

The world is rife with ghost stories and supernatural creatures. On most occasions, there is no proof or believable testimony. Even the videos and photos are usually non conclusive. However, La Pascualita’s case isn’t like that. She can be seen every day inside a shop called La Popular in Chihuahua.

The history of “La Pascualita” began on March 25, 1930, when Pascualita Esparza Perales de Pérez, owner of the then-known clothing store in Chihuahua,  La Popular, put on the sideboard a strange mannequin that, due to its beauty, immediately attracted attention. of customers and of those who passed by.

Pascualita named this mannequin “La Chonita”, because it arrived from France on December 8, the day dedicated to the Immaculate Conception.

Due to her beautiful figure and bearing, La Chonita was considered the most beautiful bride in the Chihuahuan capital, especially because the features and details of her anatomy are excessively realistic, mainly the expression of her eyes, her scalp, the shape of your nails, the expression of your eyes or the lines of your hands.

She is found dressed as a bride in a store display case. She is a mannequin that, like others of her class, serves to show a dress publicly, in the hope that a client will be interested in her.

There is a myth around her that she is actually a corpse embalming . She is very beautiful, her face is very realistic. People feel like it’s someone’s face, that’s how well done it is.

Her hands also attract a lot of attention. Since these seem too alive, having characteristics such as veins and worn nails, some people believe that La Chonita was a real person at one point of time.

Where can you see La Chonita?

The store where it is located was known in the 30s as La Popular. Its owner, Pascualita Esparza Perales de Pérez , had originally baptized the mannequin as La Chonita. All because they brought her from France on the day of the Conception.

However, soon the mannequin began to attract attention in various other ways.

What is the tragic story of La Chonita?

Since the 1930s, rumors have already started around La Chonita due to a macabre detail: she was exaggeratedly similar to the deceased daughter of Doña Pascualita. And people began to murmur.

The story tells that the lady had a daughter, whose name has been lost over the years, she was going to get married very much in love. But before that happened, a Black Widow spider arrived who stung her and caused her death.

Dona Pascualita, full of pain, made the decision to embalm her daughter’s corpse. She turned it into a mannequin and placed it on the door of his business. Dressed as a bride so that she can achieve the dream that she did not achieve in life.

The shop owner denied everything. But even so, many people did not believe him. They were sure it was an act of pain from a desperate mother. And even after the death of its owner in 1967, the rumors continued.

What has happened to La Pascualita over time?

The store has changed owners over the years, but everyone has decided to keep La Chonita at the door (she is now called La Pascualita). It’s already more of a symbol of the city, so it would cause a stir for it to be removed.

To this day, several people are afraid of that mannequin. They assure that when they pass near him, he does not stop following them with his eyes. Those who travel daily, sometimes prefer to avoid crossing the street to protect themselves from the gaze of La Pascualita.

Many more say that on occasion she has been seen crying. This has built the legend that in reality, it is a young woman who ended up in disgrace after suffering a major heartbreak.

Also, many other people are convinced that they have seen La Pascualita move. There are those who say that she moved her hands, while others claim that she even changed her expression when they were close to her.

Everything around La Pascualita is not macabre. Among many other women, there is a belief that marrying in the same dress as her brings good luck. So they end up ordering the same make.

How is La Pascualita maintained?

The current owner takes great care of her. And the “lady” is treated with great care, since a couple of times a week, she is removed for washing her dress. Some employees assure that her body is not of a mannequin, adding to the myth and the legend of La Pascualita.

How does La Pascualita look inside?

The reality is that there are no photographs of the figure without her well-known dress, so it is still another fantastic element that is added.

So that was a brief look at the history and stories surrounding Chihuahua’s famous La Pascualita. While there are numerous macabre stories associated with it, she is a definitive part of the city’s charm and something no tourist should miss.