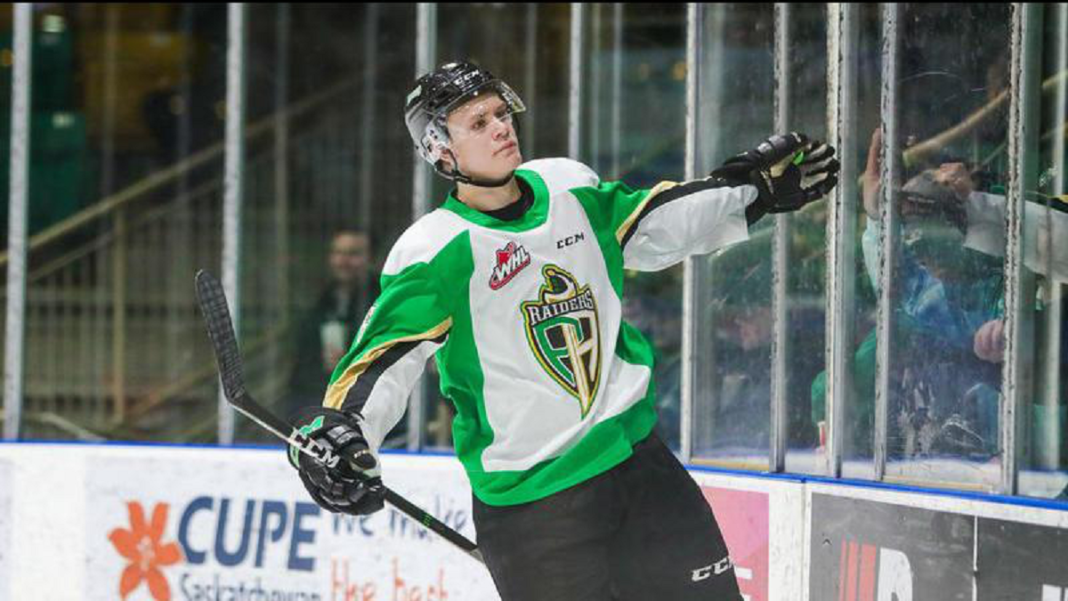 At an international level, he represented the Canada junior team in the 2021 Junior World Championship. He took home the silver! Kaiden Guhle is already evolving as a future pillar to the Montreal Canadiens and he currently plays for the Prince Albert Raiders! Want to know some interesting facts about his life? Keep reading!

Kaiden Guhle is a professional Canadian ice hockey player evolving as a defender. The defender was the first-choice Canadiens draft pick in 2020 (16th overall), and many experts have seen tremendous growth over the years!

On September 28, 2021, he had been impeccable defensively; had shamelessly hit the Toronto Maple Leafs forwards; showed astonishing calm in possession of the puck with a powerful and precise first pass. In short, he had just played with the aplomb of a veteran. He has just played a solid 23:44, a high for both teams in a pair with David Savard against the best opposing elements and in profusion on the shorthand. For that game, Kaiden Guhle was the most used player in both camps, had 103 seconds more than his partner, and was impressive in every aspect of the game.

2. The confidence of a veteran:

A strong impression along the boards, stronger in front of his net, hard-hitting with the puck, and above all being an excellent skater allows Kaiden Guhle, (the 2018 captain of Team Canada Red at the World U-17 Hockey Challenge) to limit the time and space offered to the opponent before launching into an attack.

Like a veteran, he tackled each of the challenges that are presented to him.

Kaiden Guhle came into this world on January 18, 2002, in Sherwood Park in the province of Alberta in Canada. He is only 19 years old as of October 2021.

“So for me, the idea is to work on all these little details of my game. Try to get the puck moving a little faster than that. “

Soon Guhle was able to see the differences in the game among the pros, when he had the opportunity to play three games in the American League, with the Laval Rocket.

The new coach of the Laval Rocket, Jean-François Houle, does not really know where the present road will lead the young Guhle in the immediate future. Still, the coach couldn’t help being a little won over by the game of this young hope.

“We can see that he has a very good skating stroke,” replied Houle. Also, he performs very sharp passes. And we also see that he knows what to do with the puck when he finds himself on the ice in the power play. “

He won the Ed Chynoweth Cup with the Prince Albert Raiders in 2018-19, which happened to be the first club he played professionally for!

7. The 19-year-old young man with quite high expectations:

Despite being 19 years old, despite being a prospect to the Montreal Canadiens of the National Hockey League (NHL), when you watch Guhle play, he looks like an established defenseman in the NHL for years.

While he is joining his West League Raiders teammates, he should be one of the leaders and possibly even the captain of the Canadian team as he not only looks like an established defenseman for years in the NHL, but also feels like a leading pillar or anchor, and even the fans who don’t get carried away too quickly with rookies can hardly contain their enthusiasm facing this defenseman who the Canadians drafted in the first round – 16th selection – in 2020.

8. What’s next for Kaiden Guhle?

There has been more than one indication that Canadians are counting on the young man to become the defensive pillar and a hopeful captain where he can flourish as a leader and prepare for a leading role with the Prince Albert Raiders.

Until then, the 19-year-old says he wants to give it his all every time he gets sent on the ice and works hard on strengthening his already imposing frame.

Guhle says he will focus and prioritize improving his speed of execution in possession of the puck as he picked up this very instruction during his season playing three games with the Laval Rocket in the AHL.

“In junior, the speed of the game allows us to dribble a bit with the puck before making our pass. It’s an adjustment I had to make last year. I had to take my information before I got the puck and let it go as soon as I got it. “

This instruction was repeatedly buried in his head by Joël Bouchard and Daniel Jacob last year before joining the Canadian junior national team preparations. It’s the kind of thing the 19-year-old says he can work on without necessarily being able to put it into practice in a match situation.

“In practice, we do exercises where it is about regrouping and redeploying by making short passes without handling the puck. It’s a detail that I try to work on every day in training. There is always something you can do in training to improve. “