Jonathan Owens Net Worth: How Much Does The NFL Player Earn And How Much Did He Spend For Simone Biles’ Ring? 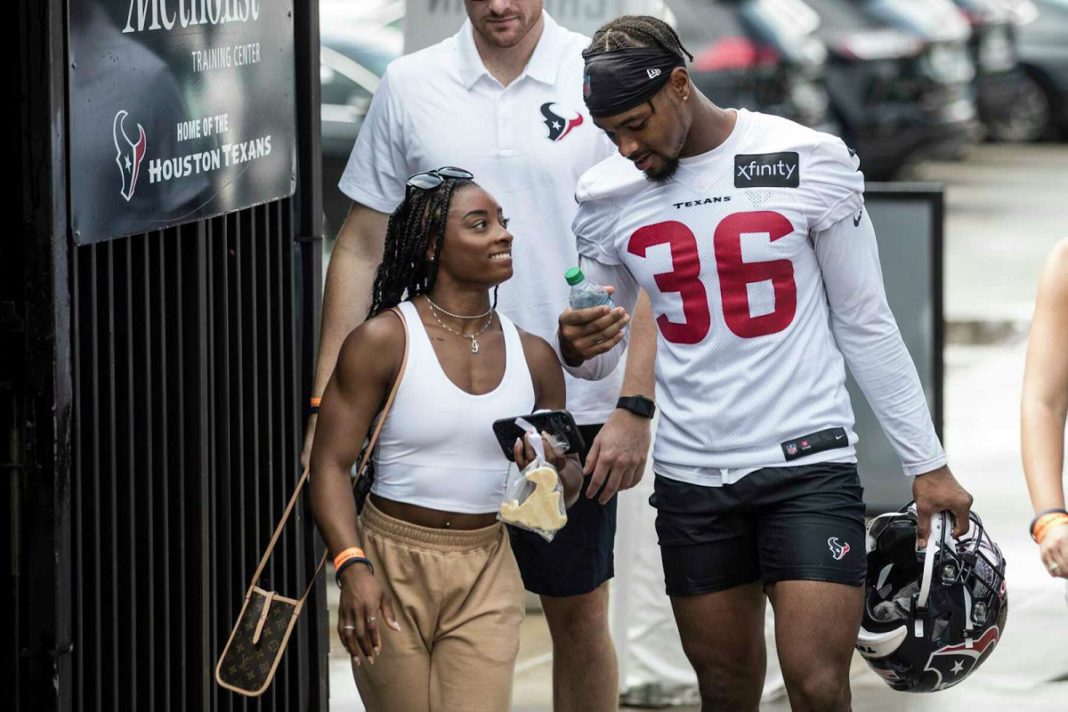 Houston Texans safety Jonathan Owens has recently made headlines for getting engaged to gymnastic legend Simone Biles (he plays for the Texans, he isn’t really going to make news for some football related stuff). Simone Biles is a legend in the world of gymnastics and is one of the most revered names in Olympics history. But Jonathan Owens isn’t so well known and in this post, we will change that by discussing a little bit about him, his career, his net worth and things other than his status as the fiancee of Simone Biles. Let’s get started.

Who is Jonathan Owens?

Jonathan Owens is a National Football League (NFL) player who plays safety for the Houston Texans. Owens played college football for Missouri Western. He played during all his years of eligibility and declared for the 2018 NFL Draft. Unfortunately, he wasn’t drafted by any team. However, he persevered and signed with the Arizona Cardinals as a free agent. Unfortunately, Jonathan Owens suffered an injury during the last week of Organized Team Activities (OTAs) in 2018 and the Cardinals put him on the Injured Reserves (IR) list. He stayed on that list throughout the season and the Cardinals waived him in 2019.

How has Jonathan Owens’ Texans career been?

After getting waived by the Arizona Cardinals, Jonathan Owens signed with the practice squad of the Houston Texans.

He impressed scouts during the practice sessions and received a promotion to the active squad. However, he was waived after just two days and re-signed to the practice squad. Eventually, he signed a reserve contract with the Texans in 2020.

Jonathan Owens was waived once again by the Texans on August 31st, 2021. He re-signed with the practice squad, earning a promotion to the active roster on December 4th. He had a career milestone on December 26th when he had his first career interception and a fumble recovery in the Texans’ surprise win over the Los Angeles Chargers.

What is Jonathan Owens’ net worth?

Jonathan Owens plays in the NFL so he gets a decent paycheck. He is not a superstar so his deals aren’t worth hundreds of millions of dollars over 10 years like Patrick Mahomes. His latest deal with the Houston Texans is worth $1,390,000 over two years. His net worth is slightly over $5 million dollars.

How much did Jonathan Owens spend on Simone Biles’ ring?

Jonathan Owens and Simone Biles announced their engagement on February 15th, 2022. The legendary gymnast Biles has won more than 30 Olympic and World Championship medals. So she is no stranger to precious items. Consequently, Jonathan Owens had to pick out something great for an athlete of her stature. He bought her a ring worth $300,000. Simone Biles loved the 8 carat diamond ring and said yes to the Texans’ safety. She has been flaunting her ring since she got it from Owens.

This is what Simone Biles wrote on Instagram about her engagement to Jonathan Owens: “Easiest thing YES. I can’t wait to spend forever and ever with you. You are everything I dreamed of and more! Let’s get married promised.”