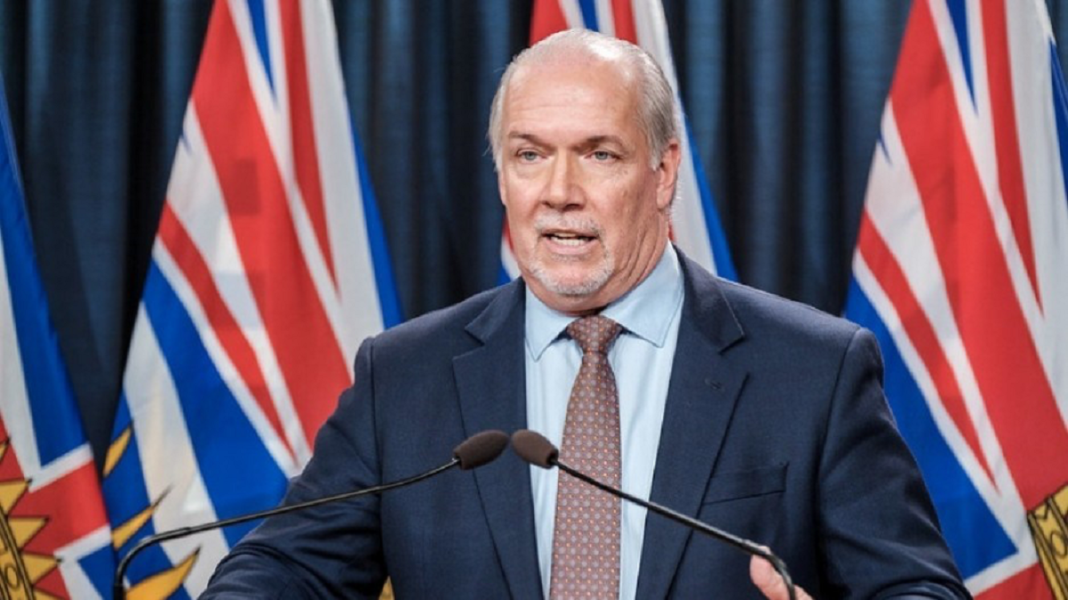 John Horgan is the third leader to attempt to bring the New Democratic Party of British Columbia to power since the start of the Liberal dynasty in 2001, but the 62-year-old remains largely unrecognized by the general public, compared to his rival, Christy Clark. Still, the British Columbia Premier alongside Justin Trudeau announced in Nov 2021 the formation of a committee of federal and provincial ministers who will work alongside Indigenous leaders to tackle climate issues in British Columbia.

Not just climate change, but other issues such as providing lower-cost child care spaces, eliminating Medical Services Plan fees, reducing fees, freezing ferry fares, removing bridge tolls, and building more affordable places to live has been Premier Horgan’s goal since 2017. For those more interested to learn about the man, we present this short biography about John Horgan to do exactly that!

A graduate of Trent University (1983) and the University of Sydney (1986), Horgan subsequently returned to Ottawa to occupy various positions, first as a parliamentary assistant and then in the Government of Canada.

4. How John Horgan Saw A Vision:

IIn his home in suburban Victoria, John Horgan recalled the moment that convinced him to enter active politics. Back in 2004, he started to scream after watching a television newscast that said that BC Ferries was going to be built in Germany.

Screaming, he was unhappy that these jobs were not created in British Columbia. A friend of his son, a teenager at the time, asked him what he was planning to do.

“How should we react when a young person asks us what to do? I said I was going to run for office, and here I am, 12 years later, encouraged to action by a young person,” said John Horgan, now the Leader of the British Columbia NDP.

Since 2014, the leader of the NDP has been the target of negative advertising. Campaigns portray him as an indecisive leader, who says one thing and the opposite about the economy. The Liberals call him an angry politician with a bad temper. “When people accuse me of anger, I answer that I am passionate and get mad seeing the highest rate of child poverty in the country?”, he said.  Who wouldn’t be angry with a government that takes away bus passes from people with disabilities?”, he continued.

The NDP leader has been married for 33 years to Ellie Horgan, whom he met at university. “I couldn’t have done it without her […] Ellie is calm ”he confides in addition to saying that she has a great influence on his personal life.

Ellie Horgan has not spoken to the media since her husband was elected as party leader, but she has been keen to give her take on John Horgan, especially since the negative ads. “He is benevolent. If he says he’s going to do something, he does it. It’s a parental habit that we have, of not making promises if we can’t keep them, ”she explains. The couple have two boys in their twenties.

She is very critical of negative advertisements that target her husband. “These are lies […] everything is taken out of context. “

Despite the hectic political life, John Horgan knows he can find refuge in his wooded residence, where he has lived with his family for 25 years. “I thought I could get into politics and be a normal person. It is not possible”, said the father of two.

By his own admission, John Horgan has never seen himself as a major player in politics. He worked for MPs in Ottawa and in the office of the Premier of British Columbia before setting up a consulting firm for private and public organizations in 2001.

When he was elected to the Legislative Assembly in 2005, John Horgan has since been representing the riding of Juan de Fuca on Vancouver Island. He replaced Adrian Dix at the head of the NDP in 2014, after the party’s defeat in the 2013 provincial election, despite polls showing him the winner.

After his election to the leadership of the provincial branch of the NDP in 2014, Horgan became de facto leader of the official opposition  Although the British Columbia Liberal Party won the 2017 election, Horgan succeeded Christy Clark as Premier of British Columbia a few months after taking office, following the fall of the Clark government.

According to a 2019 poll, John Horgan was the third most popular leader of a Canadian province with his constituents, with 52% of those polled saying they are satisfied, behind François Legault of Quebec (60%) and Scott Moe of Saskatchewan. (59%).

John Horgan repeats that he is in politics to improve the lives of his neighbors, normal, hard-working people. “The privileged people had their prime minister. Now is the time to have a prime minister who works for normal people, ”he insisted.

John Horgan will have a tall order to convince voters that he is in the best position to create jobs. The Liberal government has positioned itself as a champion in this area, with the lowest unemployment rate in the country. Christy Clark does not miss an opportunity to recall her government’s record in this area.