Jeffree Star New Boyfriend: Who Is Van der Wilt? Is It Real? 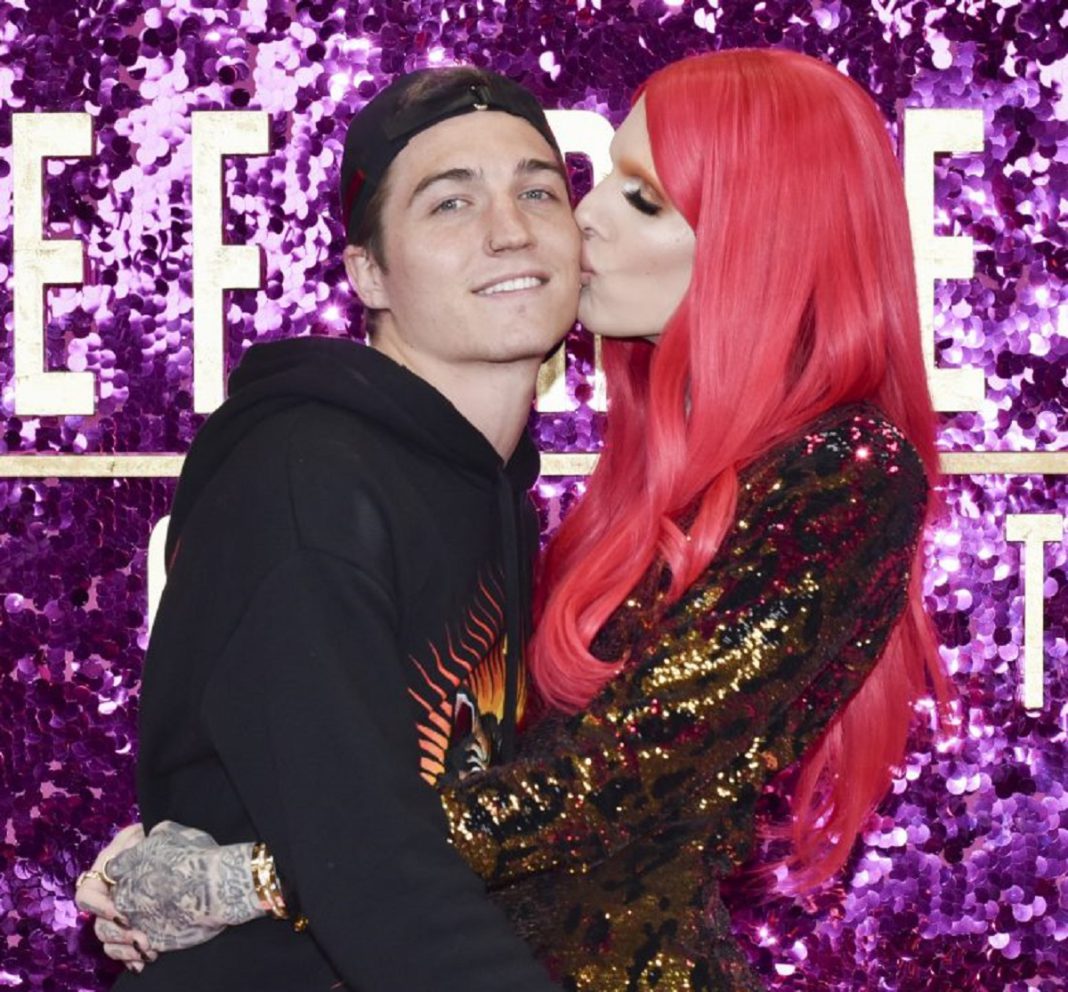 Slender silhouette, pink hair, extravagant outfits, and a tattooed body seem to be the atypical character that is Jeffree Star. Equally atypical are his dating profile and love interests! Let’s discover if the Jeffree Star new boyfriend saga is real or not!

Jeffree Star’s face has been plastered all over the internet after becoming an essential makeup artist of the beauty sphere. Then this YouTuber had nevertheless started a career in music while the behind scened looked androgynous and blooming with love (as we saw his boyfriends being featured on Instagram).

With a controversial personality, the beauty mogul has been rumored to be in different relationships so many times in the past but his allure is so high that the media has grown more & more curious about his personal life, including who Jeffree Star is dating.

Jeffree Star New Boyfriend: Can He Out Love His Other Boyfriends?

Jeffree Star was potentially dating a new guy named Sean Van der Wilt according to a report by Distractify published in March 2021.

Who is Van der Wilt?

Yes, the famous Youtube podcaster Trisha Paytas dated Van der Wilt in the past as well.

We aren’t sure if that was meant to be an insult or a compliment, but Perez Hilton tweeted in March 2021 about the potential pairing claiming that the two were a “match made in hell!”

The announcement of their second time is the charm relationship came less than a year after her split from longtime boyfriend Nathan Schwandt. Star even confirmed the news through a YouTube video explaining the split that occurred because they wanted to go into 2020 “ focusing on ourselves. ” “We’re going to start things over again. I’m starting this year alone and can’t even believe I’m saying this. I’m so devastated but I’m strong and you know Nate and I have been through so much together. And there is no crazy gossip, there is no tea, it’s actually very important and I don’t think enough celebrities, influencers, people with a platform are talking, and that’s mental health, ” he said in the video.

The internet duo even lived together with a group of Pomeranians as a couple.

Following that relationship, Star was romantically linked to Andre Marhold as he shared numerous photos of himself and his alleged boyfriend on his Instagram Stories without mentioning her boyfriend’s name. It was later identified that the mystery man’s name is Andre Marhold, a basketball player who once played at Duquesne University in Pittsburgh.

According to Who Is Dating Who, in 2015, Jeffree was linked with the lead singer of American boy band “Issues”, Tyler Carter. While not much is known about their relationship, multiple reports suggest it was just an affair. Carter, who was engaged to fiance Trent Morey Leffler is more famous for his two EPs. He released “Leave Your Love ” (2015) and “ Moonshine Acoustic ” (2020).

The year before he released a studio album called “Moonshine” (2019). He has also collaborated with big names like Blackbear, MAX, Jamie’s Elsewhere, Breathe Carolina, Hands Like Houses, Slaves and ONE OK ROCK, among others.

He went by the name Chris Crocker from 2005 to 2009 after rising to prominence in September 2007 thanks to his viral video titled: Leave Britney Alone!

Before the hashtag Free Britney movement became a thing, Christopher Darren Cunningham emotionally defended the return of pop singer Britney Spears. at the MTV Video Music Awards. His tearful video garnered more than four million views in two days. While the reasons for his love for Britney were very evident, the reason for his split from Jeffree is still not known.

Then in 2020, there were some incessant rumors about Jeffree Star’s boyfriend being Kanye West after a TikTok influencer named Ava Louise posted a complete lie about a potential romance between Star & West.

The sad part was that the  rumors started up right around the time that West & his then wife Kim Kardashian were announcing their divorce, which made Star go online to squash the rumor completely in a YouTube video.

Whoever becomes Jeffree Star’s new boyfriend, whether it’s really Sean Van der Wilt or not, needs to be prepared for a life in the limelight.

Jeffree Star whose real name is Jeffrey Lynn Steininger is an American professional makeup artist and beauty YouTuber. While also a model, singer-songwriter, and DJ, Jeffree Star is best known for his androgynous looks and whimsical personality. The Californian transvestite lives his greatest passions and does not hesitate to display himself as he sees fit, even if it means displeasing and sometimes even making headlines.

A word of advice: Jeffree Star’s new boyfriend should be okay with him stealing all the spotlights!

Additionally, Jeffree Star first became known through music on MySpace and met with great success in the United States. A rise that gives him the chance to be produced by Akon and also to collaborate with stars like  Nicki Minaj and Lady Gaga.

Jeffree Star’s closet might not be up for sharing:

Androgynous, Jeffree Star only dresses in dresses, high heels, and feminine accessories and has a wardrobe that would make his new boyfriend squeal with happiness.

This modern-day it-boy understands early on that he is gay and accepts his difference. And it seems that the ascent is not about to stop. Always dressed to the nines, Jeffree Star loves to be the center of attention and lends itself very easily to the game of photographers. This is a quality of originality that quickly propels him to the top of the beauty sphere but it might lead to jealousy with any of his beaus!

Although a lot of people are focused on Jeffree Star’s new boyfriend right now, in the past, his scandals include being accused of sexual assault and ended up paying $10,000 to the