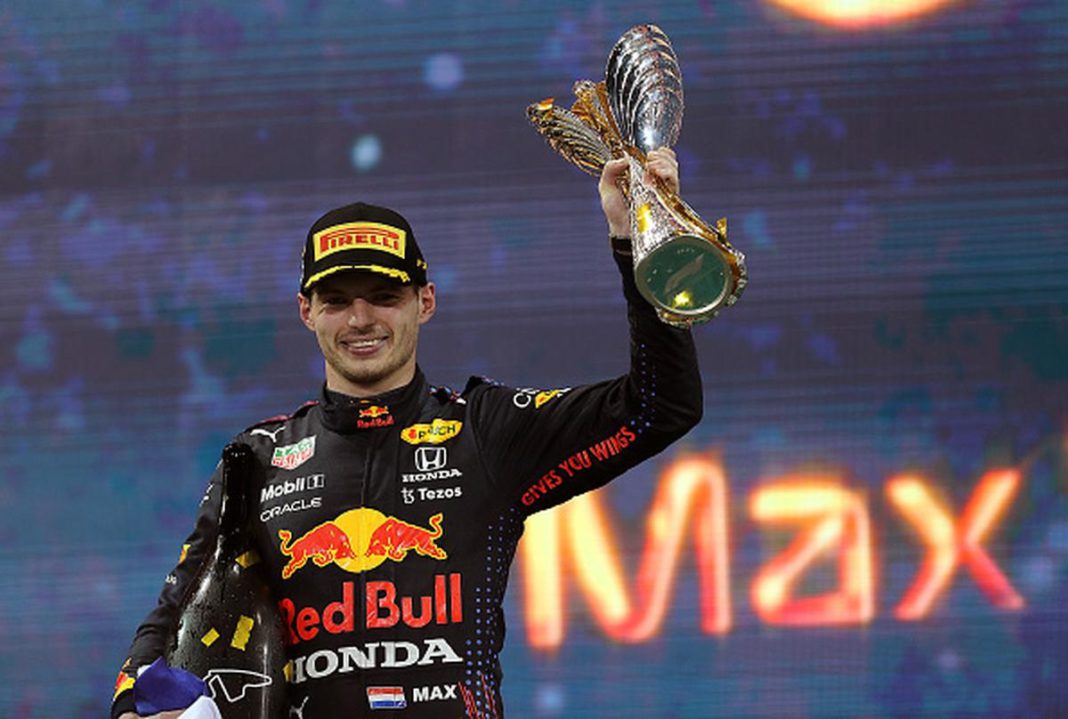 Max Verstappen is the undisputed king of Formula 1 today. After winning a thrilling 2021 world Championship in the last race of the season, he absolutely blitzed the competition in the 2022 season and won 15 out of the 22 races in the season. However, with Max Verstappen, it was always a question of “when” and not “if” he will win a Formula 1 World Championship. He had been a motorsport phenomenon since his karting days. In 2012, there was a Dutch boy who was making waves in karting, but it was not the first time that similar words were heard from the children of former Formula 1 drivers. However, Max Verstappen has more than met the expectations that were placed on him.

Today, Max Verstappen is a two time Formula 1 world champion, and he has also achieved it the most difficult way: dethroning the AMG Mercedes Petronas F1 team, which had won all the world championships of the hybrid era and also won the 2021 Constructors Championship, and Lewis Hamilton who had already matched Michael Schumacher’s seven world title record. In this post, we will find out what makes Max Verstappen such a force in F1. Cue the music.

Max Verstappen went through military-style training from his father

What has most surprised those who did not know Max Verstappen very well is how he has been able to withstand the pressure of fighting for his first World Championship while Hamilton already had extensive experience in these battles. Let’s not forget that Verstappen has not failed: he has been first or second in all the races except in the four that he was left out for reasons beyond his fault.

Despite being very young, Max Verstappen showed immense control under pressure. His incredible performances have shown a level of maturity and car control beyond his years. And naturally, that has attracted a lot of attention. But Max Verstappen’s ability to deliver under pressure has only come as a surprise for only those who do not know what Max Verstappen’s training was like. His father applied a pseudo-military method to him that is only comparable to what Chicho Lorenzo did with his son, Jorge Lorenzo.

Who is Max Verstappen’s father?

Max Verstappen is the son of Jos Verstappen, a fairly average Dutch F1 driver from the 90s, but who was a teammate with Michael Schumacher when he won his first titles with  Benetton. In addition, he also accompanied the Spanish Pedro de la Rosa in the Arrows team in the 2000 season. However, he is more famous for his spectacular pit lane fireball accident than anything else he did on track.

How did Max Verstappen start karting?

Legend has it that when Max asked Jos to start go-karting the father refused, but once his mother, Sophie Kumpen, also a top-level karting driver, indulged the boy’s whim, Jos decided to go for it. More than 100,000 kilometers a year in a van forged an unbreakable relationship.

Far from combining studies with fun, Jos Verstappen practically took his son out of school and focused on one goal: to make him a Formula 1 world champion. The first challenge was for Max Verstappen to drive a kart with his hands numb with cold, to the point that the boy pitted complaining, but only received a “shut up and drive” in response.

How badly was Max Verstappen punished for his failures?

Jos Verstappen followed all kinds of techniques with his son, as they both openly tell, and with a laugh, in their documentary. He forbade him to overtake in the simplest corners so that Max would have to find new routes and even Jos did not hesitate to hit his son’s helmet hard after some practice sessions in which he was riding badly.

The most remembered anecdote is the one that happened after the 2012 world karting championship. Max Verstappen was fighting to become world champion when he rushed, made a mistake and allowed his rival to overtake him. His father went into a rage, destroyed everything in the van in which they were traveling and even forced his son to go and pick up the kart by himself.

On the journey home, more than 1,000 kilometres, Jos never spoke to his son and when he got tired of little Max’s excuses, who was only 14 years old, he stopped at a gas station. “Out, I don’t want to talk to you anymore,” he told her. And there Max Verstappen stayed, abandoned in a service area.

“I drove about 1,800 kilometers back home and I didn’t say a word to him. For the whole week after that, I didn’t speak to him, but then we sat down and I explained how I felt,” said Jos Verstappen. Methods that can be highly questioned, but they worked: the following year Max Verstappen won the karting world championship.

It was after that triumph in the 2013 World Championship that madness broke out with Verstappen. Only a year and a week after winning that world championship in karting, he was already driving a Formula 1 car, in what has been one of the most meteoric rises in the history of motorsports. An eruption of talent without equal.

Along the way, in that crazy year in which Max Verstappen went from being a kid who races in go-karts to a Formula 1 driver, a lot happened. He made his single-seater debut in European Formula 3 with an uncompetitive team, but still won ten races and finished third overall. The title went to Esteban Ocon (who drives for the Alpine F1 team currently).

While Verstappen broke it in Formula 3, he was already causing a fight between Mercedes and Red Bull in Formula 1, as if it were a premonition. The two brands wanted to get the young stallion and they bid very hard, but only Red Bull could make the winning offer: go up to Formula 1 already in Toro Rosso, at the age of 17. Jos and Max accepted it happily.

Did Ferrari try to sign Max Verstappen as well?

The most curious thing is that only a few months before Ferrari had tested Max Verstappen in the Winter Series, a winter competition held in Florida. They decided to discard the young Verstappen to bet on another driver who has also ended up reaching Formula 1, but for other reasons: Lance Stroll. Ferrari fans can attribute it to “Ferrari being Ferrari.”

How was Max Verstappen’s Formula 1 start?

The rest of history wrote itself. Verstappen shone in his first season in Formula 1 at just 17 years old, coming close to the podium on a couple of occasions with Toro Rosso. In 2016 he moved up to Red Bull and won his first race in the senior team, becoming the youngest winner in Formula 1 history. The win at Barcelona was remarkable and the youngster had a sublime drive after race leaders Nico Rosberg and Lewis Hamilton crashed each other out.

Only the overwhelming dominance of Mercedes in the hybrid era, and Red Bull’s problems first with Renault and then with Honda, postponed what was inevitable: Max Verstappen on top of the Formula 1 world. It has taken seven years, yes, but as Red Bull gets it right in the new regulations, it will be difficult to get him down from there.

Max Verstappen’s victory has been colossal, one of those sporting memories that will be remembered for many years not only for how but also for what. Since 2008 it had not happened that the drivers’ world champion was not from the team that won the constructors’ when Lewis Hamilton achieved it after overtaking Timo Glock on the last corner of Brazil. In total it has only happened these two times in this century.

Verstappen has even managed to make it appear at certain times of the season that Red Bull was superior to Mercedes, something that has probably happened in far fewer races than is believed: Baku, the Red Bull Ring double, Mexico, and a few more. This is demonstrated by the performance of two #2 drivers such as Valtteri Bottas and Sergio Pérez.

What makes Max Verstappen so special?

The most impressive thing about how Max Verstappen drives is how he manages to maintain an unflappable consistency with a driving style that sometimes seems untenable. He gives the feeling that at any moment he can lose control of the car, but he never does. Each turn is a jungle into which he throws himself with the machete between his teeth, from which he always emerges alive.

In Baku, a tire burst when he was leading, at Silverstone and the Hungaroring he was taken out of the race by Mercedes, and at Monza, he had a controversial accident with Hamilton. In the rest of the races, Verstappen always finished first or second, regardless of the position he started the race.

When fate gave him the opportunity to grab a World Championship that already seemed lost in just one lap, Verstappen did not fail. Yes, his tires were better, but in front of him was the great Lewis Hamilton, an absolute titan of the sport who had already won the World Championship seven times. And he had some experience in fending off his nearest rival in a championship decider (what he did against teammate Nico Rosberg).

But Verstappen is not Rosberg. The Dutchman belongs to another lineage, that of the greatest, as he has been proving for years, and now he has some World Championships in the showcase to prove it. His rivalry with Lewis Hamilton has revived a Formula 1 that had been bereft of competition in the seemingly endless phase of Mercedes dominance.

With his first world title, Max Verstappen managed to emulate a milestone that until now only Fernando Alonso had achieved in the world of motorsports: being the world champion of karting and Formula 1. Verstappen achieved it in 2013 and 2021, while Alonso did the same in 1996 and 2005. They both added to their first Formula 1 title with a win in the next season as well, with Alonso winning in 2006 and Verstappen winning in 2022.

However, the Karting-F1 double is not the only thing because of which Verstappen reminds people of Alonso. In addition to the mutual admiration that they profess and do not hide in public, there are details in Verstappen’s driving styles that are reminiscent of Alonso. An implacable authority in wheel to wheel racing and also a certain sarcastic tone with respect to the entire Formula 1 establishment.

After all, they’ve had incredibly similar careers: both are early karting stars who sparked feuds in Formula 1 even before taking their first steps in single-seaters (Ferrari-Renault in Alonso’s case). And the two have fought against a seven-time world champion in one of the most controversial seasons in living memory.

The two almost lost that World Championship (Verstappen in 2021 and Alonso in 2006), but a stroke of fortune returned a title to both of them that, in fair play, should have been theirs in a less agonizing way much earlier. Now Formula 1 is in the hands of Max Verstappen and well supported by Red Bull he could establish a legendary dynasty that has the potential to become the greatest Formula 1 era of all time. Will it come to pass? Only time will tell. As of now, the Formula 1 world is in Super Max’s hands.