Henri Charriere: The Life And Times Of The Famous “Papillon” 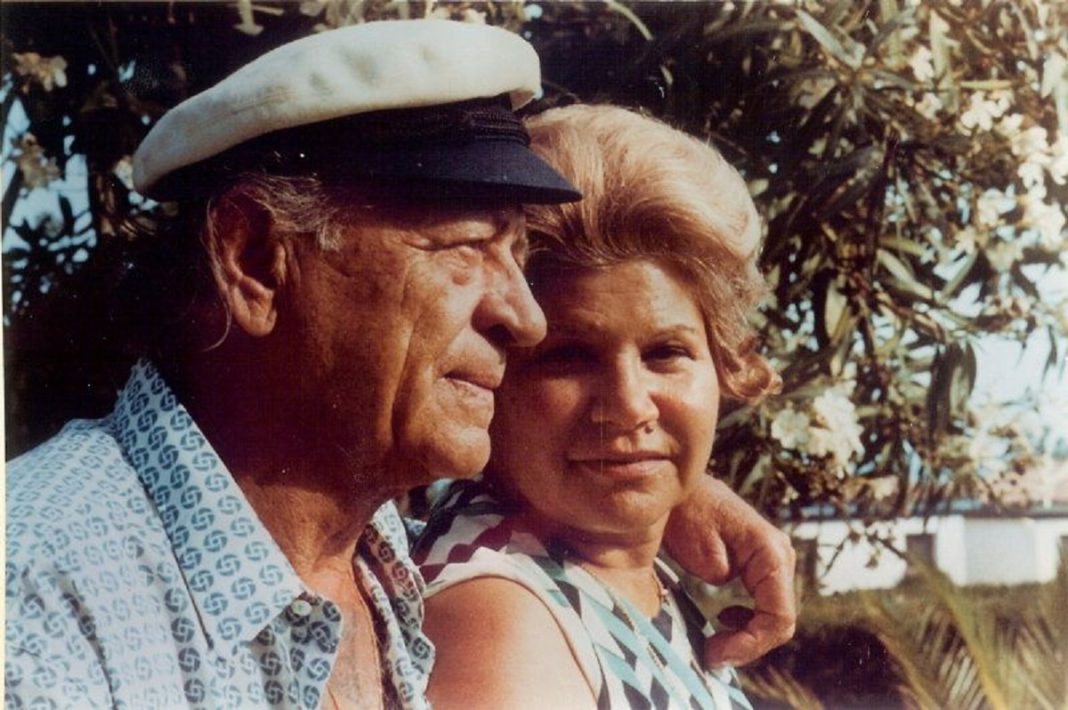 Henri Charriere was a famous writer who is famous for the book Papillon (butterfly). He was convicted for murder in 1931 and sent to a penal colony in French Guayana. He escaped from the prison and settled in Venezuela. Charriere always denied that he ever committed a murder. He did confess to committing numerous other petty crimes in the past though. Henri Charriere claimed that the accounts of Papillon were based on his own life but historians have disputed that claim and said that Papillon included the life stories of several other prisoners in French Guyana as well. The book was made into movies twice, once in 1973 featuring the legendary Steve McQueen and Dustin Hoffman, and once in 2017. Let’s find out more about him.

Henri Charriere: All You Need To Know

How was Henri Charriere’s childhood?

Henri Charriere was born in Saint-Etienne-de-Lugdares, Ardeche, France on November 16th, 1906. His parents, Joseph Charrière and Marie-Louise Thierry, are both teachers. He is the third child and only boy of the siblings. In 1910, the family moved to Pont-d’Uccle near Aubenas; he attended the municipal school where his parents taught. Henri was a turbulent, unruly, rebellious but generous child. His father was rampant but had to go to war in 1914. Henri became the head of the family with his mother and the head of the clan with children of his age.

How did Henri Charriere start a life of crime?

Henri Charriere was known in the Aubenas region as a Saint-Benoît (a term which at the time referred to criminals and which designates a district of Aubenas not very frequent at that time).

After the return of his injured father in 1917, the death of his mother on October 7, 1917, the grief of young Henri was immense; he remained disruptive, he became aggressive and quarrelsome.

His father sent him to boarding school in Crest in the Drome region. During a fight, he seriously injures one of his comrades. To avoid legal proceedings, when he was only 17 years old, his father made him sign a contract of engagement in the National Navy. After his stay in Toulon, he found himself in a disciplinary regiment in Corsica: in Calvi where he had a butterfly tattooed on his chest (which earned him his nickname “Papillon”, the French word for butterfly), then in Corte. In this regiment he will meet hotheads who will steer him imperceptibly towards illegality and outlaws.

Why was Henri Charriere discharged from the navy?

He was discharged on April 28, 1927, from the Navy after knowingly mutilating a left thumb. Back in Ardeche in the month of May, he foamed popular balls. For a while, he played rugby in Aubenas. He passed the competitive examinations to integrate the administration. He succeeded, but his military record does not work in his favor.

What did Henri Charriere do in Paris?

Vexed, he found himself in Paris where he led a restless and dissolute life for two years. He was a waiter in Pigalle. His income was improved by his wife, Georgette Fourel, known as “Nenette”, not very shy for her eighteenth birthday.

How was Henri Charriere caught for murder?

One evening in March 1930, he was embroiled in a murder story: a certain Roland Legrand, officially a butcher, unofficially a pimp, was shot and wounded with a single shot in the stomach, at 3.30 a.m., he died. on March 27, after having designated his murderer with one word: “Papillon”. Henri Charrière was suspected, despite the absence of evidence and witnesses; he will always deny having participated in it.

What happened to Henri Charriere in the murder trial?

Henri Charriere was tried and sentenced to hard labor for life in prison in French Guyana on October 28, 1931, for the murder of Roland Legrand, a murder he has always denied. He left the citadel of Saint-Martin-de-Re on September 29, 1933 aboard the boat “La Martinière” and disembarked on October 14 with the status of “transported” in Saint-Laurent-du-Maroni.

Thirteen years of prison in Guyana followed. Then began the most fantastic adventure.

He was first assigned as a nurse at the colonial hospital. He escaped forest sites, where life expectancy was not high. Believing himself to be the victim of a miscarriage of justice, he only dreamt of escaping.

Forty-three days after his arrival in prison, Papillon escaped for the first time on September 5, 1934, for a three-month journey: 2,500 km at sea, the island of Trinidad, the English Colombia and its dungeons under – sailors, the Guajiros Indians, the cavales of Barranquilla, Colombia returned the escaped convicts to France. He spent two years in the prison cells on Ile Saint-Joseph, in May 1935 (Papillon remained in a wild animal cage for two years). Transferred several times, he ended up as head nurse in an Indochinese camp on the Guyanese mainland, the Cascades forest camp in 1943.

After several attempts, and, finally, after 13 years, he escaped on the night of March 18 to 19, 1944 with four other companions. After many setbacks, a passage through English Guyana, crossing the ocean in a dinghy first, then being locked up in a prison in Venezuela; he arrived in Caracas in Venezuela in 1946. Then at the end of all these trials, all these sufferings, this time, there was Freedom. He went on to be naturalized, married Rita Alcover and ended his life in this country.

What did Henri Charriere do in Venezuela?

Having become a respectable trader, Henri Charriere operated a hotel, settling with his wife Rita in Caracas. They managed hotels, restaurants and nightclubs for several years because he had kept his sense of hospitality and celebration.

In 1956, he embarked for Europe with his new Venezuelan citizen passport. He found his two sisters in Spain. Back in Venezuela, he ran a shrimp fishing business, then a restaurant. The prescription of his sentence arriving in 1967, Papillon could set foot on French soil.

Of his life in Guyana, he wrote a famous autobiographical book with great success, sold in several million copies: ” Papillon ” published by Robert Laffont in 1969. It is the success of the book “L’Astragale” by Albertine Sarrazin, another story of escape, which would have encouraged him.

The autobiographical aspect has been disputed by various investigations. Borrowing several anecdotes that have occurred to other convicts. The “Butterflies” whose adventures are related would be called:

He was Charriere’s prison companion, having spent 15 years on Devil’s Island in Guyana. His career was mainly military, with a distinguished behavior during the Second World War, allowing him in 1948 to be cleared of his life sentence in 1923 for having fatally wounded a pimp with a knife. He also escaped on several occasions in 1925, 1926, 1928, 1936 with “Papillon” and 1939 in Mexico from where he joined the Free French Forces.

Following an escape, he was recaptured, sentenced to three more years of forced labor. He was sent back to Guyana in 1933, by the same cargo ship, along with Henri Charrière. He will succeed in escaping again; will end up in Los Angeles. Hounded everywhere, because the French pressure does not relax, Belbenoit ends up swimming over the Rio Grande to reach Texas where he is immediately arrested. His sentence served, Belbenoit is saved by the war of extradition to France – very likely escaping a new stay in Guyana.

How did Henri Charriere become a celebrity?

Abruptly coming out of anonymity, Henri Charriere became a public star: meeting with show biz, TV shows, international tours, because the book was translated into many languages.

In full glory, Henri Charrière decided to return to the places of his childhood in the company of Rita. We are at the beginning of September 1969. He passed the Escrinet, stopped in Pont-d’Ucel at the school of his childhood and found his friends and the emotions overwhelmed him: it was his first trip to Ardeche for forty years. two years.

How successful was Henri Charriere’s book?

Books were published with the obvious desire to challenge the book and the character “Papillon”. These controversies did not prevent the book “Papillon” from being a dazzling literary success beating many publishing records, it went on to sell more than 13 million copies worldwide.

Henri Charriere’s wife Rita preferred to settle in Spain in 1971 with Henri whom she had just married.

An American film adaptation of the book had been shot: Franklin J. Schaffner’s film reunited Steve McQueen as “Butterfly” and Dustin Hoffman.

A documentary, “Cayenne Hollywood”, was also produced in 2009 and traces the authentic life of two famous convicts: Henri Charriere and Rene Belbenoit.

Another movie on the life of Henri Charriere, called Papillon, was released in 2017 as well.

How did Henri Charriere die?

Henri Charrière, “Papillon”, learned in the spring of 1973 that he was suffering from throat cancer. He died on July 29, 1973 in Madrid, Spain. He is buried in the small cemetery of Lanas, near Aubenas.