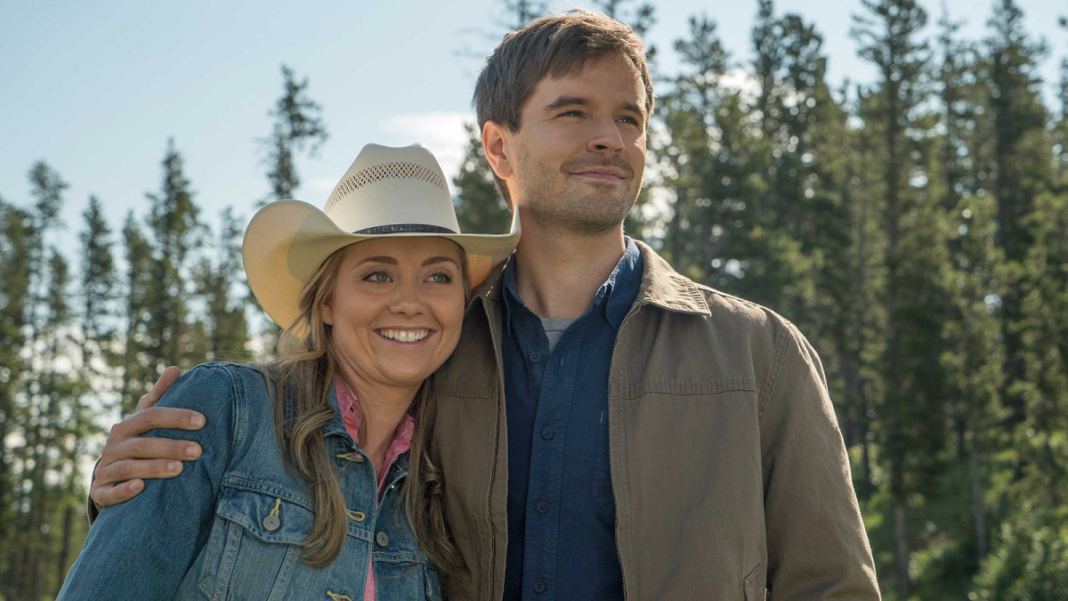 The last episode of Heartland season 15 was incredibly touching for viewers and some would call it a perfect way to close out the season. There were emotional and testing storylines and some satisfying closure to past events in the series. The upcoming story will take time to develop but we can always relish the 15th season by looking back at what it brought to the table.

Heartland Season 15: All You Need To Know

How was Heartland developed?

The team enlisted Heather Conkie after the pilot episode to be the screenwriter and co-producer of the project.

According to Conkie, the writers of the series wanted, like the writers, to create stories around “horse” characters, in the same way as for “human” characters. The series sheds light on the fact that horses have a history and feelings: “We tend to be quite anthropomorphic with the horses in the series, which means that our scripts give our friends on all fours somewhat human emotions and actions”, specifies the producer. Each character in the series also has its own story or adventure, within each episode, but also within a season as a whole. As the casting is quite large, the principle has been to close all the individual stories at the end of the seasons in order to reach the “desired emotional conclusions” between the different characters, like a large puzzle.

How was Heartland produced?

Most people don’t know that Heartland is a Canadian television series based on Lauren Brooke’s novel series. It was broadcast on October 14, 2007 on the CBC network. On March 21, 2017, the CBC channel announced that the series was renewed for an eleventh season. Filming began on May 9, 2017.

For Heather Conkie, the producer of Tales of Avonlea for CBC and Disney and co-producer of the series, the series of novels, and especially the solo success it was enjoying at the time, was a huge bonus. This would have caught the attention of loyal readers and already fans of the universe even before filming began. The series of novels was also a source of inspiration for the early scripts. The writers have made some changes and added additional characters. In view of the number of episodes produced for the television series, the producers had already exploited most of Lauren Brooke’s ideas towards the beginning of Season 2. From that moment, the television series, therefore, evolved in its own universe, this time addressing all generation

Here’s how your favorite actors from Heartland were cast/left the show:

Casting director Sharon Forrest had chosen Canadian actress Amber Marshall to play the title role of Amy Fleming, a character known to be gentle and understanding in the series. The actress, who has always lived with horses since her childhood and who was preparing to become a veterinarian, began filming the series at the age of nineteen (when her character was only fifteen). The role of Marshall in A strange kidnapping (2003), based on the true story of Elizabeth Smart, a teenage girl from Utah kidnapped in 2002, and in which the actress had been able to transcribe on the screen a mixture of force wit and vulnerability to play the character of Elizabeth, had earned her a nomination for the Los Angeles-based Young Artist Award for Best Actress in a Motion Picture.

Graham Wardle, who was 21 at the start of filming, is chosen to play the character of Ty Borden. The actor, who started his career at age 6 for a television commercial, then obtained a few appearing roles in series such as The New Addams Family. Just before playing Ty, Wardle starred in the 2007 film In the Land of Women alongside Meg Ryan, Adam Brody, and Kristen Stewart. The actor has been nominated for the Leo Awards several times, most notably in 2008 and 2010. In 2021, Graham Wardle decided to leave the series at the end of the first episode of season 14.

Jessica Amlee, the actress who played the popular character of Mallory Wells, decided to leave the series during season 7. However, she returns at the end of season 10. It was announced on May 11, 2017 that the actresses Megan Follows (Lily) and Wanda Cannon (Val Stanton) would reprise their roles in season 11.

Did you know these music facts about Heartland?

The music is mainly composed by Keith Power. The title of the credits of Heartland, Dreamer, is interpreted by Jenn Grant.

Music supervisor Andrea Higgins says the track is orchestral and modern: “Jenn Grant has quite her own musical universe. It is striking, both simple and beautiful, and the text speaks for itself. It is a bit bittersweet, like the series. “

In addition, several songs present throughout the seasons have been borrowed from other artists, mainly Canadian, such as Flashlight Radio (New Constellation), George Canyon, Matthew Barber (whose title Our Voices is used several times during the series), or M’Girl, whose title Eyes Wide Open became the theme of Victor Whitetail’s character.

Is Amy in Season 15 of Heartland?

Yes, she stays till the finale of the episode which is described as: “When Amy bravely tries to heal an abused and extremely violent racehorse, Ty and Jack think she’s finally bitten off more than she can chew.”

Why did Julia leave Heartland?

Many people noticed back in 2018 that Julia Maren Baker (Katie Fleming Morris) left the series and was particularly MIA in Season 11.  It turns out that she did in fact leave heartland on account of personal reasons. We have also been given confirmation that it is nothing health related.

Where can you watch Heartland?

While the production of a fourteenth season was announced in May 2020, the first thirteen seasons were broadcast on Netflix. The series is viewed in 119 countries and attracts one million viewers per episode in Canada. The show is currently the longest-running Canadian series in history. In Quebec, it has been broadcast since August 30, 2010 on Séries + 1 and rebroadcast in the afternoon since 2018 on ICI Radio-Canada Télé, and in Switzerland on RTS Deux.