Grand Army Season 2: Why Did Netflix Cancel The Show? (2022 Update) 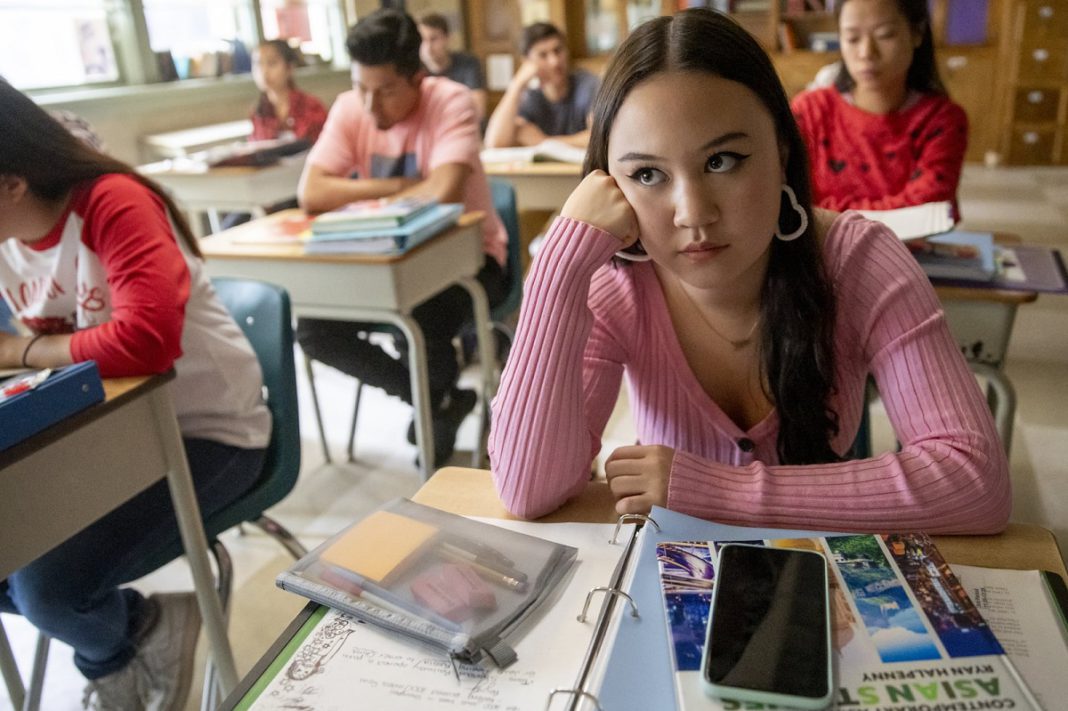 Netflix’s 2019 teen drama, Grand Army, revolved around five students at a Brooklyn public school who showed various nuanced struggles in their lives. Grand Army adapted Cappiello’s own play Slut, a teen drama that reflected on the culture of slut-shaming, the culture of rape, and the aesthetic pressure (and censorship) that women constantly experience in their bodies – this is similar to Euphoria, so why was it canceled? Why isn’t there a Grand Army Season 2?

The program series only launched on the streaming platform on October 16, but had already established itself as a new hit and since the story was similar to Euphoria in a sense, the Netflix show earned itself a spot in the Netflix Top 10. And the story was captivating as it follows a group of Brooklyn students with the protagonist as Joey (Odessa A’zion), a controversial student at a New York high school for constantly defying the school’s dress code and fighting for the right of women to mark nipples. She is one amongst many at Grand Army High School, a fictional high school in New York City. Each episode chronicles the dramas of their lives as teenagers, covering topics such as gun violence, dress codes, and sexual assault. For example, if the guys can go braless, why does Joey have to be blamed for her cleavage constantly? But she also went further from a choral cast that served to reflect on diversity and the different experiences of youth based on sex, sexuality and cultural identity. Despite this, the show was canceled officially.

A coming-of-age drama series, Grand Army is a Netflix original written and created by Katie Cappiello. On the day the teaser for Grand Army was released, writer Ming Peiffer said on Twitter that she and two other black writers had left the project, citing allegations of racist exploitation and abuse against one of the creators.

As we know, the series is an adaptation of Katie Cappiello’s 2013 play Slut: The Play where the plot follows a female teenager named Joey Del Marco after she is sexually assaulted by three boys. Joey wants justice for what happened to her and the story also involves five other young people struggling with sexual abuse, racism, and economic disparities in society.

It seems that the plot was exploited to make money on TV by the creator and production teams who hired her. Production on the series was handled by Westward while the producers behind the series are Joshua Donen and Beau Willimon.

Katie Cappiello faced accusations of toxic behavior in the writers’ room, especially with regard to the minority writers he had hired precisely to better reflect diversity in front of the cameras, and Netflix found itself with a hot potato on its hands.

Grand Army was the second show to be cut by Netflix in 2019:

After a few months of waiting, Netflix decided to stop Big Army after just one season. That’s not a huge surprise given the apparent lack of hype or attention the series attracted at launch.

While Netflix hasn’t confirmed the reasons for Grand Army’s cancellation, it has been speculated that the series didn’t have enough good ratings to warrant a second season. Additionally, some critics of the show have hit the series with lacking originality in some respects and forced obstacles with the characters.

However, the lack of visualization seems to be the main reason behind Netflix’s rejection. Meanwhile, the cancellation led several fans of the series to go to Twitter to call on Netflix for the cancellation of the Grand Army. Fans even tried to amplify their voices using hashtags like #SaveGrandArmy on Twitter.

Another group of fans asked HBO to save the show by getting the rights from Netflix. However, this request seems unlikely to be heeded considering that the already massively popular and Emmy-nominated teen drama Euphoria has been renewed for a second season.

Season 2 is not renewed for sure:

Netflix faced backlash on social media in 2021 after it decided not to renew Grand Army for a second season. The teen drama focuses on racial discrimination, economic differences, sexual assault and sexual identities. Despite the fact that Grand Army debuted on Netflix on October 16, 2020, and received a decent score of 71% certified fresh on Rotten Tomatoes, it will not be coming back.

The series starred Odessa Adlon as Joey Del Marco, Amir Bageria as Siddhartha Pakam, Odley Jean as Dominique Pierre, Maliq Johnson as Jayson Jackson, Amalia Yoo as Leila Kwan Zimmer and others. The show was a success which also got 7.6 ratings on IMDB.

Despite Grand Army’s rating at the same level, streaming giant Netflix dropped the show in June after just one season. According to a report confirmed by Variety, Netflix will not continue the Grand Army saga with a second season. According to the portal, the series reached a level of 71% of positive reviews on Rotten Tomatoes, being well evaluated mainly due to its young cast. Still, the streaming platform believes that the teen series does not bring anything new to the public and, therefore, would not have won as large an audience as expected.

While fans still believed in the possibility of seeing Grand Army Season 2, the news didn’t exactly come as a surprise. After all, the debut season arrived in the catalog in October 2020. As Netflix does not usually take long to renew its successful series, the cancellation was already expected. The 9 episodes of the series remain available on the service.

In 2022 we know that Netflix didn’t really renew the Grand Army and never will… someone is going to pay for this bc that was one of the best teen dramas, said one Twitter user. Here are some other angry tweets.

I hate Netflix, the Grand Army was so good tf

I’m about to delete Netflix how will you cancel Grand Army and The Society after one season but renew Ginny & Georgia pic.twitter.com/ufBAD41QqM

me trying to convince netflix to keep the grand army and instead cancel that stupid tik tok show about tiktokers pic.twitter.com/xq2eRds8Ae

Netflix gives all those dumb shows, but Grand Army gets the better of it??!? @Hulu @HBO @PrimeVideo one of you picks the show

Other Facts About Grand Army:

In October 2019, it was announced that Netflix had ordered a 10-episode adaptation of Katie Cappiello’s 2013 play. The plots are based on real-life stories from her students. The principal shooting took place in both Toronto and New York City from May to September 2019, with most indoor scenes in Toronto and most outdoor and subway scenes in New York City.

The teaser as well as the first look images of the series was released in September 2020, followed by a full trailer in October. Fahamu Pecou painted the promotional illustrations. The series premiered on October 16, 2020, with 9 episodes instead of the original 10 episodes.

On June 17, 2021, Netflix canceled the series after the first season possibly because many fans of the series were not even aware of the series due to the number of premieres on the platform and because the creation by Katie Cappiello had not received the greatest possible promotional push.

But finally, a verdict was released in mid-2021: Grand Army has been canceled after a single season.

Unlike the show Euphoria that came after it, the reality of Grand Army was that it never really had a real chance of being renewed for a second season.

After this cancellation, Grand Army joins the club of promising Netflix series that, despite having potential and offering stimulating episodes just out of the oven, find themselves without the opportunity to continue exploring their fictional universe beyond the first. season. And, beyond scandals and the woke philosophy of the scripts, Grand Army was a more than appreciable teen drama. Critics could argue that the show never had a real chance of being canceled after the accusations made about the creator, who had a reputation for being a tyrant in the writers’ room.

Watch the first episode below before you read the criticism mentioned under it.

For the series, review website Rotten Tomatoes reported an approval rating of 71% based on 14 reviews, with an average rating of 7.34 / 10. The website’s critical consensus reads: “An excellent showcase, Grand Army is good for its exciting cast of newcomers, even if its attempt at an honest approach to adolescence is too over the top to make an impact. ”

Metacritic awarded the show an average score of 68 out of 100 based on 12 reviews, indicating “generally favorable reviews”. Kristen Baldwin of Entertainment Weekly had given the series a B- and described the series as “ambitious, often to the point of error. However, there are flashes of beauty – let me tell you again, Odley Jean is a revelation – amidst the gritty teenager “. Examining the series for the Rolling Stone, Alan Sepinwall gave it 4 out of 5 stars and said, “At its best, Grand Army enters a rare air for high school shows, rising surprisingly close to the weighted standard-bearer of the genre”.