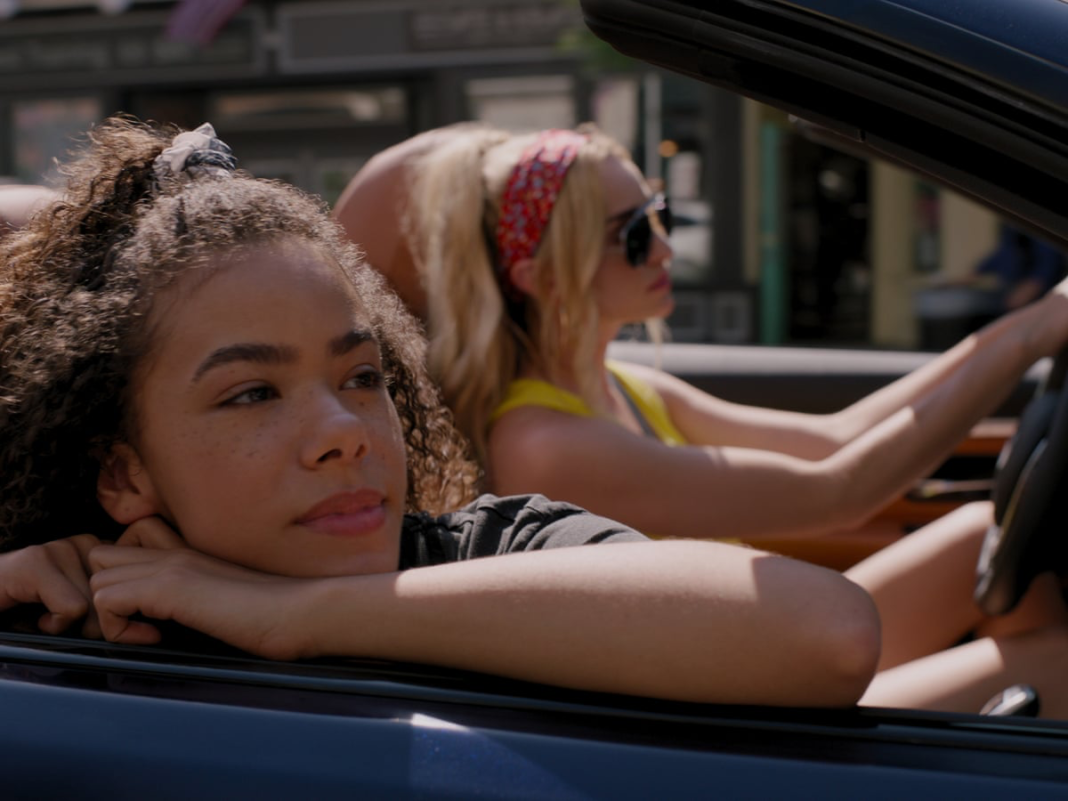 An American drama, Ginny & Georgia is Netflix’s hit steaming series. The series follows a mother-daughter duo, namely Ginny Miller, a “15-year-old girl” who is more mature than “her 30-year-old mother Georgia. Georgia decided to settle down in small-town Wellsbury, Massachusetts with her daughter, Ginny, and son Austin to give them a better life that she never had, and slowly discover they’re more alike than they originally imagined. It currently has one season and ten episodes and is renewed for Ginny and Georgia season 2.

Did you know? Forbes reported that in the US, Ginny and Georgia broke a record by staying at number one in the Netflix Top 10 for 28 days in a row, unseating Tiger King.

Ginny and Georgia Season 2: What To Expect!

Here are more details about Ginny and Georgia season 2, including the release date, the future plot, what to expect, and who will return!

Ginny and Georgia season 2: is it confirmed?

Yes, the show was officially renewed on April 19, 2021 for a second season as Netflix announced the second revival in a press release.

Ginny & Georgia has seen an incredible response according to the showrunner/executive producer Debra J. Fisher and the team can’t wait to return to Wellsbury for Season 2.

The creator/executive producer Sarah Lampert also said that she’s especially grateful to Brianne and Toni, who set the highest bar every step of the way. In addition, the team also has good words for Netflix for “taking risks with someone completely unknown. You saw something in me and on this show and I will be eternally grateful,” says Lampert.

As the show got picked up for Season 2, the writer’s desk has been busy as the creator Sarah Lampert said that her team is still just getting acquainted. “Season 1 really did feel like the 1st ever season. We just started uncovering some of the layers for all characters, across the board, that we want to dive into. Deb and I are hoping we get the chance,” she said.

While we know they’re looking to deep dive into the citizens of Wellsbury, Antonia Gentry, who plays Ginny, told Seventeen: “For season 2, the stakes are much higher now — obviously — than we left off with season 1…..So, I think fans will be in for a lot of wonderful tension, a lot of building up to climax, and a couple of interesting characters will be revealed.”

Her character Ginny took Marcus’ bike to run away from home with her brother. At the end, Georgia was seemingly able to get away with the murder of her ex-husband after using fireworks to get rid of his ashes once and for all.

After the big blowup at school, her friend group might not get back together despite the fact that Ginny told Marcus that things were fine between them. The new episodes will pick up where the story ended in Season 1 where we will discover the fate of Ginny and her brother Austin after fleeing Wellsbury on a motorcycle at the end of the first season to discover the darkest secrets of Georgia. Have they left with Zion, the father of the young protagonist? The father gave him a book in which he had keyed his address in Boston, something that could now be very useful.

And things are looking bad for Georgia. She was so happy to be engaged to Mayor Paul now that he is also re-elected, but it has been discovered that before the late Kenny she had another husband, Anthony Green, who is on a missing persons list and whose trail disappeared. Was she also responsible for his death? In view of this panorama, we will see if in the new chapters it manages to succeed and bring the mayor to the altar. In addition, a love triangle is guessed that could involve the protagonist with Joe (Raymond Ablack) or even with Zion (Nathan Mitchell), Ginny’s father. As for Ginny, her early affair with Marcus has had consequences and has not only ended her relationship with Hunter (Mason Temple) but has meant the end of her friendship with Max (Sara Waisglass). Will she get him to forgive her?

In terms of who will be coming back for season two, there’s a big question since Ginny left Wellsbury. We might expect a comeback, if there is a chance that Ginny finds her way back so we can see all of our favorite characters back together again.

As for the cast, in addition to the two main characters and Mayor Paul,

Diesel La Torraca returns as Austin, the son of Georgia;

Sara Waisglass as her friend Max;

Nikki Roumel as the teenage version of Georgia in flashbacks;

Kyle Barry as the teenage version of Ginny’s father, Zion;

and Nathan Mitchell playing the adult version of Zion that we already saw at the end of the first installment are all expected to return.

According to Zion / Nathan Mitchell, the introduction of Ginny’s father could be joined by the return of Austin’s father. Austin’s absences from school were never explained, and the ending reveals that Ginny sent her brother’s letters to her father, which really seemed to scare Georgia for some reason. The show runners for the series hinted to Entertainment Weekly that we’ll learn even more about Georgia’s murky past that could cloud her wedding to Mayor Randolph (Scott Porter). It seems that the complicated mother-daughter relationship between Georgia and Ginny will continue to be the center of the series and the young protagonist is willing to explore the darker side of her character, as she spoke about it in an Elle magazine: “I want to see Ginny depressed and dirty. I want to. Seeing her turn into a little Georgia. I want to see her really dig deep and show that slump that I know she has. It would be a lot of fun to explore. “

The main cast has shown their desire to return to work without forgetting to thank the millions of viewers who have turned the series into one of the most-watched premieres so far this year on Netflix. Executive Producer Debra J. Fisher and Creator Sarah Lampert have written a statement thanking the lead actresses for the end result as well.

One of the leads, Antonia Gentry revealed some facts about filming for season 2 saying: “I can’t say a lot about [season 2] right now, but I can’t wait for us to go back filming, which is very, very soon,” she said. “I’m just really ready. I miss all my castmates.”

The first batch of episodes took four months to shoot and premiered in February 2021, so we could possibly expect the second season around a year later, in February 2022 at the earliest, although ongoing covid protocols could delay the show a bit.

While we don’t know who will return for Ginny and Georgia season 2, we do know that the show will return by mid-2022, if the production team can start right away.

The platform has given the green light to the second installment of 10 episodes, a story that its protagonists are responsible for celebrating. It was said that Netflix has been in charge of confirming it and the production of the second season has already begun.

So yes, Ginny and Georgia, one of Netflix’s hits with more than fifty-two million views, will return to the platform with 10 new chapters that will pick up the story where we left off. The protagonists, including Mayor Paul (Scott Porter), have danced with joy when breaking the news to their fans!