Food Wars Season 6 Most Unlikely To Be Renewed 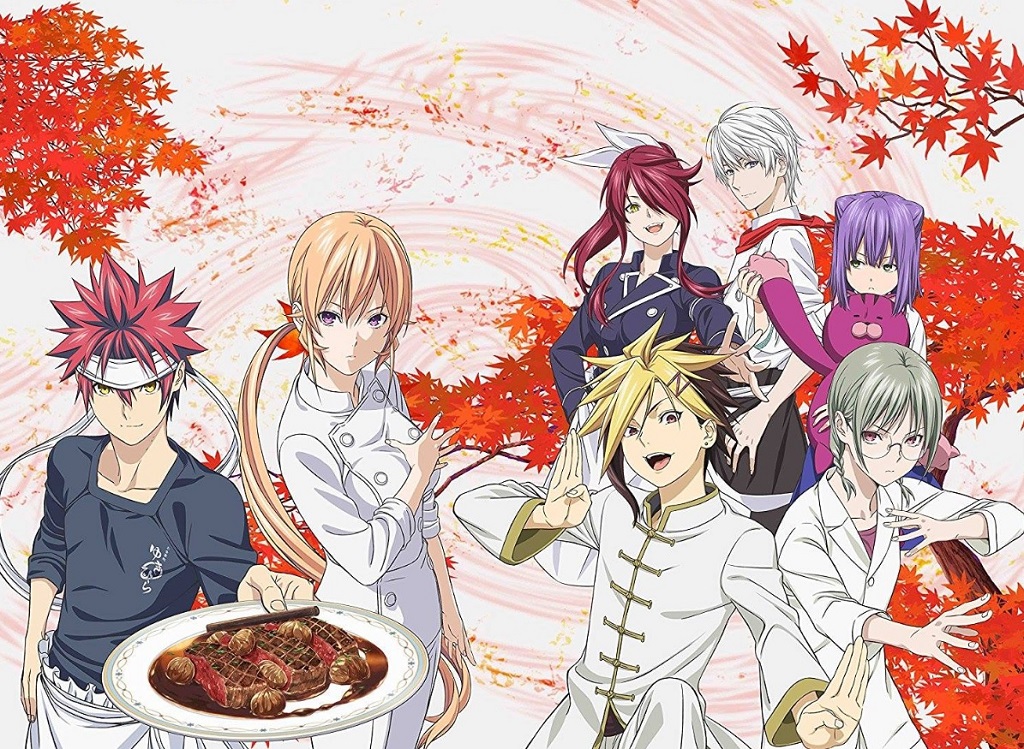 Food Wars: Shokugeki no Sōma, is a manga series scripted by Yūto Tsukuda and illustrated by Shun Saeki. There have been five seasons so far and it seems that the fifth season is the final. But even then, fans ask if there will be Food Wars Season 6.

While the show ended on September 26, 2020, and there is still no official announcement on Season 6, anime lovers are expecting that the creators would go ahead and give us another season.

What is Food Wars about?

Sōma Yukihira is a young dreamer who aspires to be a better chef than his father. One day, Sōma’s father decides to close Yukihira, his and his father’s restaurant, and go to work in Europe at the best restaurants in the world. Because of that, Sōma’s father throws him a challenge: to be the best student at the Tōtsuki private school. Accepting his father’s challenge, he goes to Tōtsuki, but upon arrival he learns that only 10% of the students are capable of reaching the second year.

Without being too afraid, Sōma throws himself into the pool full of sharks that is Tōtsuki with his cooking skills as a weapon. But can he endure the toughest and best cooking academy in the world?

“Gastronomy is an endless wasteland…”. With such a phrase, Yuto Tsukuda (the writer of the series) catches all those readers and viewers who also call themselves food and cooking lovers.

Food Wars Season 6: Is it coming back?

Food Wars is a Japanese series that was first presented in manga format in 2012 and later as an animated series in 2015.

Netflix acquired the rights to broadcast and had planned to premiere on May 15, 2020, which was something that did not happen. It was later announced that the anime will premiere on July 6, 2020.

A second season of the anime aired between July 2 and September 24, 2016. The third season was divided into two parts: the first part aired between October 3 and December 19, 2017; the second part aired from April 8, 2018. The fourth season premiered on October 11, 2019. The fifth season premiered on April 10, 2020, and had been on hiatus due to the Coronavirus Epidemic in Japan, and resumed its broadcast on July 3, and ended on September 25, 2020, ending the entire anime adaptation.

The show has gathered enormous viewers since the release of season 1 but J.C. Staff Studio never gave any official assurance of the future of Food Wars or hinted at Season 6.

The show’s popularity and devoted fan base can be linked to the statistics to earlier hit manga series which were restored by public demand lately. Infant Food Wars Season 4 was first said to be the end of the series Food Wars!: Shokugeki no Soma, but the show gave fans a big surprise with the renewal of Food Wars Season 5.

Is there any chance for Food Wars Season 6?

Written by Yūto Tsukuda and illustrated by Shun Saeki, the writer of the manga, it provided us with over 36 volumes that talks about the life of a young man who, while working in his father’s restaurant.

He even provided the recipes for it. His manga has been serialized in Weekly Shōnen Jump magazine since November 26, 2012 and turned into an anime in 2015.

But it seems like there is very little chance for Food Wars!:Shokugeki no Soma Season 6, here’s why:

Still, we cannot think the above reasons are valid for a chance of Season 6 as the fifth season of Food wars was declared as the finale.

Why is Food Wars one of the best anime?

Written by Yuto Tsukuda and illustrated by Shun Saeki, over 36 volumes it talks about the life of a young man who, while working in his father’s restaurant, discovers that cooking is what he wants to dedicate the rest of his life to; The decision of his father to close his business just at the moment in which Soma (the protagonist) discovers his vocation, will be what leads him to undertake a whole journey entering one of the most prestigious culinary schools in Japan due to a challenge with his father; where he will make friends and enemies in the middle of culinary battles in which expert judges decide who cooks the best, often leaving Soma’s permanence or expulsion at stake.

Among such culinary battles, the reader will find suspense, scientific, historical, and technical data on food; It is a story that is definitely savored between pages since the dishes presented by Soma and his rivals are even sensory described. As if that were not enough, the reader is offered recipes for the dishes that are being discussed, which are provided by Yuki Morisaki, a Japanese chef.

It is a story as passionate as it is about someone’s drive for their passion, which is relatable in particular by a gastronomy student who is overwhelmed because he is no longer sure of his decision, which by the way often happens.

As you dive into this series, you may be reminded of why you decided to go on your own passion journey without or without the showing of Food Wars Season 6.