Coquihalla Highway: How Was This Highway Made And Was It Closed Last Year 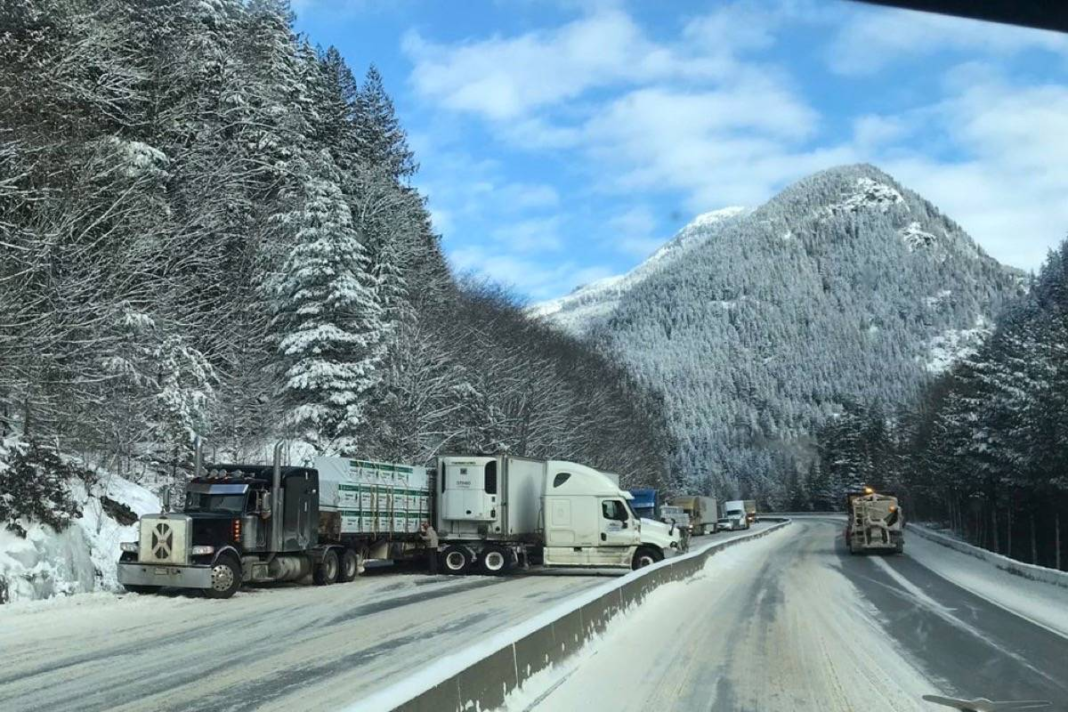 The Coquihalla Highway runs between Hope and Kamloops. Numerically, it’s called Highway 5 and is also known as “The Coq”. In this post, we will find out more about this highway. Let’s get started.

Coquihalla Highway: All You Need To Know

Why is the Coquihalla Highway called so?

How long is Coquihalla Highway?

Which are the areas covered by the Coquihalla Highway?

The Coquihalla Highway runs through the Cascade Mountains. Between 1912 and 1958, this route was spanned by the Kettle Valley Railway.

The Coquihalla Highway starts south of the junction with Crowsnest Highway (Highway 3) situated at the uninhabited region of Othello. It’s 7 kms from Hope (the Shakespearean name is reminiscent of the Kettle Valley Railway which used such names). Exit numbers on the Coquihalla are a continuation of those on Highway 1 west of Hope as it is an extension of the freeway that starts in Horseshoe Bay.

This starts 35 kms north of Othello and passes through five interchanges and arrives at the popular Great Bear snowshed. The former toll booth is 13 kms further north of the snow shed and it passes through another interchange at the Coquihalla Pass, the pass is situated 1,244 metres above sea level.

The location of the former toll booth is 13 km (8 mi) north of the snow shed, passing through another interchange and the 1,244 m (4,081 ft) Coquihalla Pass. Highway 5 was the only highway in British Columbia to have tolls; a typical passenger vehicle toll was C$10. Now free to drive, at the Coquihalla Lakes junction, the beautiful highway goes from the Fraser Valley Regional District into the Thompson-Nicola Regional District. This is 61 kms north of the former toll plaza. The Coquihalla Highway then enters the city of Merritt, which is accessed by two interchanges, both of which also provide access to Highway 5A, Highway 97C and Highway 8.

The part of the highway between Merritt and Kamloops is 72 kms long. After it leaves Merritt, the highway goes up a long and steep hill towards the Surrey lake Summit. Throughout this path, it crosses three interchanges. A diamond interchange at Exit 336 allows drivers to turn towards  Logan Lake on Highway 97D and Lac le Jeune. After the junction, the Coquihalla Highway goes down into the city of Kamloops and meets Highways 1 and 97 at a trumpet interchange.

How is the weather on the Coquihalla Highway?

The weather along the Coquihalla Highway keeps changing rapidly and as a result, there are a lot of signs along the highway which warn motorists about the sudden weather changes. The highway is particularly dangerous during winter seasons, with extreme snowfall that can exceed more than 10 centimetres (4 in) per hour. The road maintenance crew is usually hard at work to keep the Coquihalla Highway clear at all times but it isn’t very unusual for this highway to shut down. There have been instances of travellers stuck in their cars overnight.

How safe is the Coquihalla Highway?

According to ICBC there were 32 fatal crashes between 2004 and 2013, and an estimated 400-500 accidents occur during the winter seasons. Global News listed the stretch between Merritt and Hope as one of the deadliest highways in BC. DriveBC keeps up to date with reports on Coquihalla Highway conditions, including live webcams in several locations.

Because of its fearsome reputation, the Coquihalla Highway appears quite often on the Highway Thru Hell show. This show chronicles the work of towing companies operating on Highway 5 and the Interior.

Was the Coquihalla Highway flooded?

On November 14, 2021, a powerful rainstorm, known as a Pineapple Express storm, hit the southern part of British Columbia forcing the closure of sections of the Coquihalla and other major highways. Over the course of November 14 and 15, some 200 millimetres (7.9 in) of rain fell along the route of the Coquihalla. The heavy amount of rain eventually caused several large washouts at multiple points along the highway, including the destruction of multiple bridges. The repairs are expected to be completed by September 2022. However, temporary repairs are going to make the highway operational by January 2022 itself. As a result of the washout events, the Canadian Forces Cormorant helicopters completed rescue evacuations of stranded motorists on the highway.

In British Columbia, Highway 5 between Hope and Merritt was closed in both directions due to several incidents, Drive BC reports on Twitter. It is recommended that you avoid all non-essential travel or take an alternate route if possible.

Environment Canada announced gusts of wind for the Coquihalla Highway and an accumulation of snow of 20 to 30 cm.

Several snow storm warnings were also issued for other highways in the province, including the Trans-Canada Highway, between Eagle Pass and Rogers Pass, as well as the Sea-to-Sky Highway between Squamish and Whistler.

Where To Go Hiking Near Montreal? 13 Best Places for You