Charmed Book of Shadows: 8 Witchy Facts About The Book From The Show! 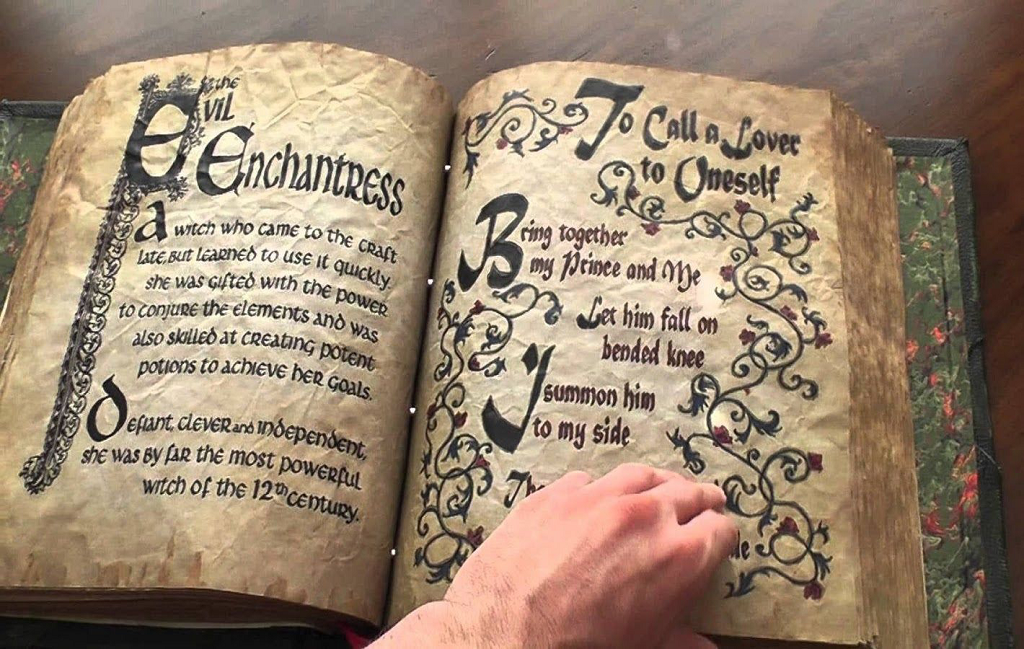 In the Charmed TV series, the Halliwell sisters or The Charmed Ones have a powerful and coveted witchcraft book: The Book of Shadows, a work passed down from generation to generation. The Charmed Book of Shadows brings together formulas, potions, as well as information on their enemies, mostly demons. The book was created in such a way that it could self-protect while moving should any demon attempt to grab it. The Halliwell family symbol adorns the cover of the book, the triquetra, symbol of the Power of Three. Here are some more facts about the book:

1. Charmed book of shadows is a collaboration with magical and religious order:

Outside of the television series, a Book of Shadows is considered a compendium of information on members of the Warren line who had found or believed would be useful for future generations. Within the realm of magical beings, it is considered the most complete book of magical information that exists.

2. What is “Charmed book of shadows”?

This is a very old book it is green and it is used, by Prue, Piper, Phoebe and Paige who are witches, to defeat all kinds of evil beings (from the Charmed TV show on W9)

The thick book is covered with green leather, decorated with a red triquetra on the cover. The triquetra symbol is known to have changed shape on various occasions, depending on the state of the relationships that bind the sisters to their powers. Although the book has worn out since its inception three centuries ago, it is completely intact, with the exception of the page on “How to Relinquish One’s Own Powers”, which was torn and burnt by the Halliwell sisters after nearly having their powers stolen by a warlock. The Book of Shadows has appeared in all episodes of the series.

Melinda Warren (the ancestor of the Charmed Ones) created the Book of Shadows at the end of the 17th century. On the first page of the book, the year 1693 is written there, the probable year of birth of the work. When Melinda was burned alive at the stake discovering her witchy nature, her daughter Prudence inherited the book. It was then passed down from mother to daughter for over 300 years, until it came into the hands of Prue, Piper, Phoebe, and later Paige, upon the death of their grandmother Penny.

4. The book grew richer over the years:

Through contact with every witch who possessed it, and by the end of the 1960s it had grown to nearly 100 pages. The Halliwell sisters continue to contribute to the evolution of the Book of Shadows. Penny Halliwell mentioned that she was the source of most of the potions listed in the book. Patty Halliwell, the mother of the Charmed Ones, also participated by adding text on Barbas, the Demon of Fear, as well as the page titled “The Place of Magic In The Rearing of a Child”. ‘we educate a child).

The Halliwell sisters added several entries. The first entry was added by Phoebe: it was an incantation to banish the Croque-Mitaine. The formula said:

I am too strong to fight

Return to dark where Shadows dwell

You cannot have this Halliwell

So go away and leave my sight

And take with you this endless night.

Phoebe also added a very detailed entry on Cole Turner, Balthazar, half-human demon. At the end of the series, the sisters wrote down their accounts of their adventures and the consequences for each of their lives.

In the final episode, Piper declares to her granddaughter, Melinda, that one day the Book of Shadows will belong to her too.

5. The Book of Shadows can:

6. In the gypsy tradition:

In the series, the traditions between the gypsy community and the witches are closely related. Although never really expressed, gypsy families have their own versions of the Book of Shadows which is also passed down from generation to generation. In Charmed, an episode shows us how the gypsy Eva found her family’s book, which had previously belonged to her mother before her death. Like the traditional Book of Shadows, the Gypsy books include formulas and magical recipes.

7. The Grimoire is closely related to Charmed book of shadows:

The Book of Shadows has a demonic equivalent known as the Grimoire, a large piece of brown leather adorned with an unknown demonic symbol consisting of an inverted pentagram and a skull. The pages of the Grimoire are blackened by the evil power of the demons who have possessed it. Like the Book of Shadows, the Grimoire has the power to protect itself from its enemies or anything that touches the side of Good. Its formulas and incantations are written in Latin.

8. When Charmed ended, the Book of Shadows was a priced item:

After Charmed finished its run, the only accessory in the series that everyone wanted was the Book of Shadows. There was an affable discussion for several years as to which of the longtime cast and crew members had the best right to the book. The candidates ultimately narrowed down to Brad Kern, the showrunner of the series for its entire run; and Holly Marie Combs, who played Piper Halliwell and was the only cast member to appear in all episodes, including the unaired pilot.

Holly Marie Combs and Kern currently share custody of the book and agreed to alternate ownership between the two, each obtaining the book for an entire year at a time. Most recently, Holly Marie Combs, who appeared on a Comic Con panel, confirmed that although she and Kern agreed to joint custody, Kern has not shared the book.