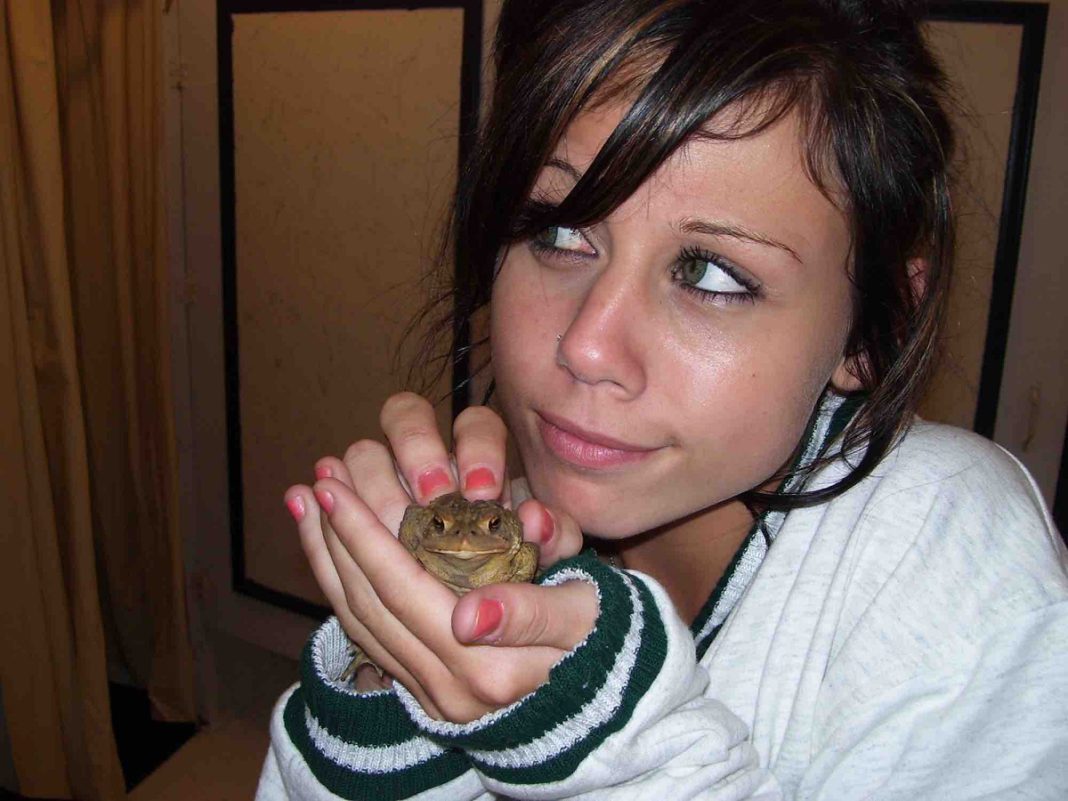 On the night of April 25, 2009, Brittanee Drexel, a 17-year-old teenager who disappeared during spring break in South Carolina, United States, met a tragic end when she was raped, murdered, and thrown into a crocodile pit to serve as food, according to the FBI. Here are 13 facts about the gruesome events that took place.

1. On her last vacation ever, she was on a “secret” spring break:

The young girl stayed in the Bar Harbor Hotel in Myrtle Beach, South Carolina with friends on a spring break trip, without her mother’s knowledge or permission.

She made her way to another hotel within walking distance, and from there she texted her boyfriend to tell him that she was going to see another friend at the other hotel. She was not seen since.

Her mother refused to let her go without adult supervision and also because she had a premonition that something bad would happen to her daughter. This led to arguments between the two for several days until Brittanee asked if she could go over to a friend’s house for a day or two to calm down. Dawn allowed it, but that day, April 22, 2009, Brittanee left for South Carolina with the other students without saying anything to her mother.

2. Despite the secret, she called her mom:

On April 25th, just 3 days after she left home, Brittanee called her mother after arriving in Myrtle Beach, where the group stayed at the Bar Harbor Hotel. “She said she was on the beach.”

Her mom trusted her daughter when she said she was at the beach in the Rochester area which is often visited as the shoreline of Lake Ontario during summer. An excursion there seemed normal to her since, she remembers, it was 27ºC in the area that day.

That night, around 8 p.m., Drexel dropped her friends off at the beachfront Bar Harbor Hotel to walk about 1.5 miles south on South Ocean Boulevard to another hotel, the Blue Water Resort, to visit an old friend who was staying there. Security cameras at Blue Water show her arriving, dressed in a black-and-white tank top, flip-flops and shorts, carrying a beige bag, and then leaving around 8:45 a.m.

However, she continued to text her boyfriend, who had decided to stay in the Rochester area. When it was nighttime, around 9:15 pm, there were no more texts from his girlfriend so he started calling his friends in Myrtle Beach to know where she was or what had happened to his girl.

No one had any idea what happened, so the boyfriend rang her mom Dawn Drexel, who didn’t know her daughter was actually in Myrtle Beach until she got that phone call.

The panicking mother immediately called her estranged ex-husband and then the Rochester police, in hopes that someone could establish communication with Brittanee’s friends in South Carolina.

Every call and text was futile as Brittanee’s cell phone went unanswered.

In 2016, a prison inmate had told police that Brittanee Drexel had been abducted and killed.

The man accused by the prison inmate denied being responsible for any alleged crime. Based on that information, the FBI considers the case a homicide, although they have not identified any suspects since.

The young girl came into this world in the Rochester, New York area, in 1991, to her mother Dawn and a man of Turkish descent.

Her stepdad Chad Drexel adopted Brittanee when he married Dawn, shortly after Brittanee was born.

After Chad finished his military service, the family lived in the suburb of Chili. Brittanee liked soccer from an early age; at Gates Chili High School she played on the girls’ varsity team. Friends and family remember her as particularly fast on the ball despite her short stature.

Brittanee planned to study nursing or cosmetology, or even modeling because was born with persistent hyperplastic primary vitreous in her right eye, which she could not see with.

She required several surgeries, and to disguise the eye’s tendency to strabismus, she relied on contacts!

A circumstance that was not easy for Brittanee, which negatively affected her academic performance was Dawn and Chad’s divorce.

Her stepdad Chad says it also exacerbated the depression she had suffered for a long time. So she remained with her mother but maintained close contact with Chad.

7. Investigators began searching for Brittanee the next morning:

Myrtle Beach police located the Blue Water security camera footage and found the friend who had visited her last: Peter Brozowitz, a 20-year-old nightclub promoter Brittanee knew from the Rochester area who was also on vacation in Myrtle Beach. Police interviewed Brozowitz and the men he was sharing his hotel rooms with, after which they said that “they had all been questioned,” adding that they had no suspects.

Next, the police searched Brittanee’s room, finding all the clothes she had packed in her suitcase, but not her purse or cell phone. The telephone signal was traced in an area along US Route 17 near the Georgetown – Charleston county line, until the signal was found to have stopped abruptly early in the morning of 26th April. The location was searched for 11 days in nearby areas and around Myrtle Beach where someone could have dumped a body. In 2011, police searched an apartment in Georgetown County, but that effort did not yield any information to help identify a suspect.

8. Her parents gave a missing poster to the man who killed her:

Brittanee Drexel’s parents, immersed in deep pain, explained that, without knowing it, they came to distribute a poster of their missing daughter to the main suspect of the terrible event, who would have revealed how he murdered the teenager Brittanee Drexel in cold blood.

Brittanee’s father, Chad Drexel, says that during the search for his daughter, he handed out numerous posters announcing her disappearance so that anyone who had seen her or could help could get in touch. And precisely, one of the people to whom he gave these was Timothy Da’Shaun .

According to him, it took place when he was in the middle of a road and a vehicle that was driving through the place stopped. “I took the poster and gave it to the driver and the two people in the back started whispering. So I asked if they knew anything about my daughter Brittanee, saying it was her father. They laughed and I just gave the poster to the driver, who crumpled it up and threw it out the window. ”

Later, it was an investigator that he hired to help them who confirmed that the driver was the main suspect in the crime.

The cable channel called Investigation Discovery, Disappeared devoted a segment to the case in October 2010. Dawn and her ex-husband had several confrontations on the television show where the ex-husband Brozowitz often expressed frustration at the damage to his reputation.

10. Her mother shifted her life to Myrtle Beach:

Dawn, who left the day after her daughter’s disappearance, moved to MB permanently, both to be close to where Brittanee had been last seen and to better follow the progress of the investigation.

On the fifth anniversary of the case in a 2014 newspaper article, the mother theorized that Brittanee had gone to Myrtle Beach without her permission because the 17-year-old girl had been “promised something,” such as a modeling job, in which Brittanee would have been interested. Once there, she believes that Brittanee was kidnapped; Myrtle Beach police, however, believe that sex trafficking did not exist in their jurisdiction.

11. The FBI got involved soon:

The FBI (who had also been involved in the case) gave details of the macabre crime and maintained that Brittanee Drexel was raped by several criminals, who ended up taking her life by shooting her in the head and in various parts of the body and then throwing her into a well infested with crocodiles.

She had been kidnapped in Myrtle Beach and taken somewhere near Georgetown, near where the cell phone tracking pins had ended, where she was killed. The office offered a $ 25,000 reward for information leading to the resolution of the case.

According to a report from The Post and Courier which came out two months later, the details of the allegations were revealed. It was based on a transcript of a bail hearing for Timothy Da’Shaun Taylor, an inmate serving time in state prison on an unrelated charge.

For his part, an agent identified as ‘agent Muñoz’ had testified that, according to the confession of the informant, Taquan Brown, another South Carolina inmate told them that in 2009, shortly after Drexel disappeared, had gone to visit a safe house in McClellanville and gave money to Shaun Taylor, Timothy’s father.

While at the house, Brown told Muñoz that he saw Timothy sexually abusing Drexel, with other men also present. He went into the backyard, where he found Shaun and made his payment. As they spoke, Drexel ran out of the house, but was soon recaptured. Brown said he saw Timothy hit Drexel with a pistol and then take her back to the house, where he heard two shots, leading him to assume that Drexel had been killed. Soon after, Brown said, he saw a wrapped body being carried out of the house; He said it was dumped in one of the many crocodile ponds in the area.

“After seven long years of waiting and praying for my daughter’s return, we now know that she will not return home alive,” declared her mother.

The statement of the informant, Taquan Brown, who is serving a 25-year prison sentence for a murder case, Muñoz said, was partially corroborated by information received from another informant, unidentified but described as incarcerated in the Georgetown County jail at the time he spoke to authorities.

According to the second inmate, Timothy Da’Shaun Taylor, the main suspect in the case had picked up Brittanee Drexel in Myrtle Beach and taken her to McClellanville, where he showed her to his friends and tried to sell her for sex trafficking purposes. But when the case got a lot of media attention, Timothy decided to kill her to avoid arrest.

The bail hearing was held after Timothy’s arrest on a federal charge of interfering with interstate commerce by threat or violence, stemming from a 2011 robbery at a McDonald’s restaurant in Mount Pleasant, where he had been the getaway driver. Unusually, he had already been convicted of his involvement in the crime in state court and had been sentenced to probation, which had ended at the time of the federal charges.