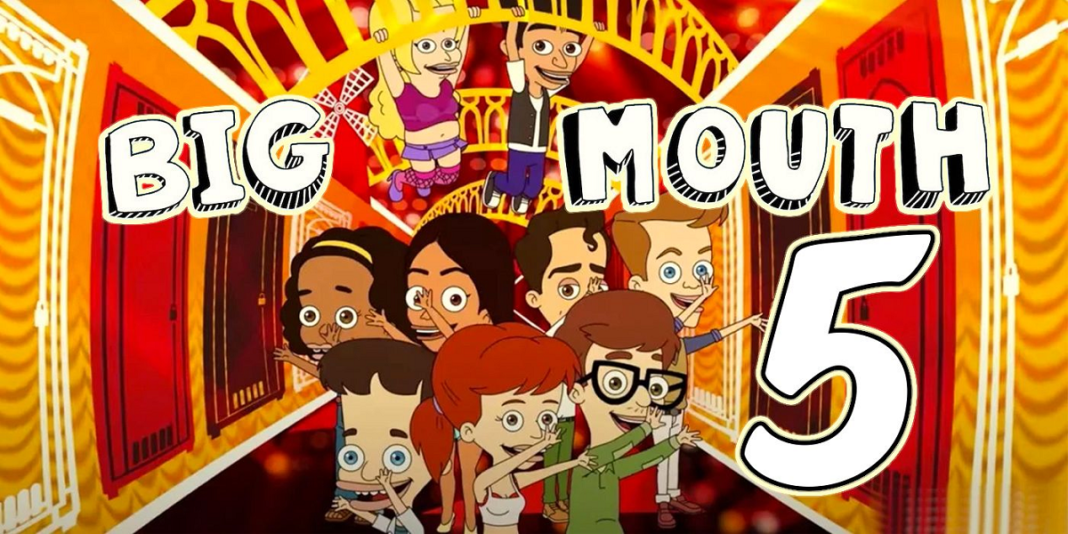 Big Mouth is a very popular and critically acclaimed animated series that was first released on September 29th, 2017. The coming of age comedy has had four successful seasons and is a critically acclaimed coming-of-age animated comedy that was released on September 29, 2017. It has a great fan following and people are clamouring for a fifth season. If you are wondering about Big Mouth Season 5, this post has got you covered. Let’s get started.

Big Mouth Season 5: What We Know So Far

When is Big Mouth Season 5 coming out?

Season 4 of ‘Big Mouth’ was released on December 4, 2020 on Netflix. The fourth season consisted of ten episodes that lasted 26 to 28 minutes each.

In July 2019, prior to the start of season 3, Netflix renewed the series for three more seasons: 4, 5 and 6. So fans can be sure they have yet to delight in many more teen adventures from the series.  By March 2020, the series’ writers had already started working ‘full throttle’ on season 5. Since ‘Big Mouth’ is an animated series, it doesn’t face the same challenges as the cast and crew of a live action project face, especially during the time of the pandemic. However, the team might have still had difficulty recording and editing due to the strict stay-at-home order due to the ongoing pandemic.

Other animated series, such as “Rick and Morty” continued to run during the lockdown, with voices and editors working remotely. The same could have been the case for this series if the voice actors had started recording their lines during the confinement. If you watch the “Big Mouth” broadcast show, a new season will come out in the fall or towards the end of the year. So, if the team went back to work in late 2020, fans can expect “Big Mouth” season 5 to launch in late 2021.

Aside from looking forward to season five, you might be surprised to learn that the creators of this show are working on a spinoff series called ‘Human Resources.’ Kelly Galuska teamed up with Flackett, Levin, Goldberg, and Kroll to produce this series.

What is expected to be the plot of Big Mouth Season 5?

Big Mouth Season 4 ended with Nick defeating his future evil self, with the help of Andrew and Missy. Matthew reached out to his father, who supported him and assured him that his mother will eventually change her mind as well. Elsewhere, Jessi returned to live with her father in Westchester. The highlight of the season was Missy’s discovery of her true self. Each season seemed to revolve around a specific theme. While season 2 revolved around guilt, self discovery was the underlying theme of season 4.

Thus, season 5 could weave the plot around another emotional experience. By March 2020, the show’s writers conducted various investigations to determine what might drive the plot of season 5.

Who is expected to appear in Big Mouth Season 5?

At the end of season 4, Ayo Edebiri replaced Jenny Slate as Missy Foreman-Greenwald. This change was made as part of the Black Lives Matter (BLM) movement, with Jenny Slate feeling that it would be more appropriate for a black actress to play Missy, who is a mixed race character. Some other prominent voice actors who will return, are Thandie Newton (Mona), Maya Rudolph (Hormone Monstress), Jordan Peele (Ghost of Duke Ellington), and Richard Kind (Marty Glouberman). We might also hear new voices if new characters are introduced.