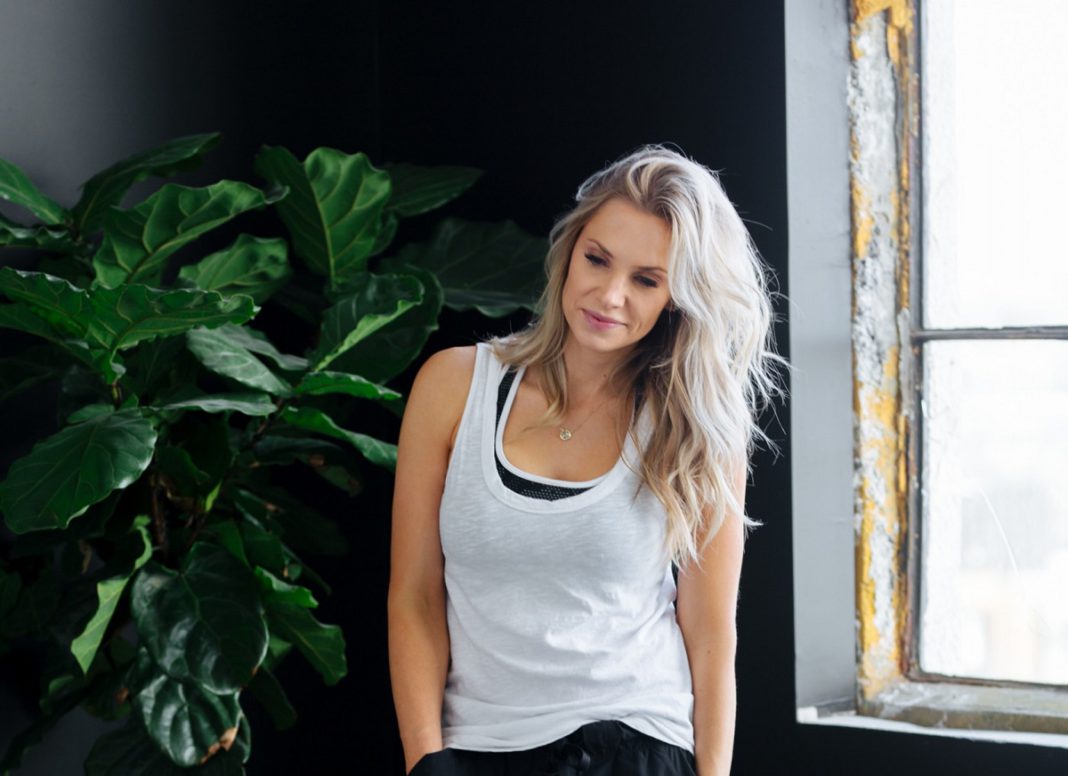 Angela Price is Carey Price‘s wife and no one knows the ins and outs of the Montreal Canadiens ice hockey goaltender more than her. In this article, we take a look at their family and some interesting things about her life, and how she always has her man’s back. Meet the mother of three, businesswoman, influencer, and spouse of CH number 1 goalkeeper Angela Price.

1. Angela Price has her head all over the place (with 3 kids):

Between her husband in the playoffs, her blog which received great success, her family, and brand of clothing in the colors of the CH, the least we can say is that she is very busy.

Angela and Carey Price have three children of different ages, and the mom explains that her eldest Liv is an excellent big sister, cheerful, and of a rather calm nature. Millie who is two and a half years old is like a little ball of energy! She always wants to play, run and ride everywhere! As for Lincoln, he is eight months old, and he is in love with his sisters.

“Bringing together three children of different personalities and ages around the same activity is a great challenge for the mother that I am! “, said the mom of three.

Despite this difference, there is one activity that brings the whole family together, it is a passion for hockey.

“On game nights, [my daughters] absolutely want to wear their Montreal Canadiens clothes. Liv watches with interest and is happy if the team scores a goal. But the one that is the most expressive is undoubtedly Millie. Every time she sees Carey she literally screams for joy!”, continued Angela.

A good thing for the family is to be able to find the stands at the Bell Center to encourage Carey Price as close as possible since the pandemic.

“After months of virtually meeting each other to encourage our men, each in their own living room, it was good for all the women of the players to finally meet face-to-face! When the Canadian is on the road, we have already planned to meet in an outdoor courtyard with our children to watch the game on a giant screen, always in compliance with the health standards in force, of course!”, she reassures.

3. Angela Price wanted to support her husband through dark times:

Carey Price recently submitted himself to the NHL Player Assistance Program. The hockey player has decided to leave his team for this purpose, without giving an official return date.

The NHL Player Assistance Program was created in 1996 to provide support to players with substance abuse, mental health, or other issues. Recently, several other players in the league used this program as Connor Ingram, from the Nashville Predators and Bobby Ryan from the Ottawa Senators as well.

Especially in the sports industry crying out for help is seen as a weakness and in this type of world, it is particularly inspiring for athletes to take the time and help needed and to set an example among themselves not even for the public! Millions of young people watch hockey almost every day and follow the latest news from their favorite players. It goes without saying that acts of courage like that of Carey Price will leave a positive mark in the lives of these young people.

Angela Price has reacted to her husband’s recent decision saying he “made the best decision” to enter in an Instagram post: “Whatever is at stake, we hope we can communicate the importance of putting our sanity first, not just by talking about it, but by taking responsibility and taking responsibility. make efforts to get better”.

She adds later in the same post: “It is extremely important for us to show our children that asking for help and allowing ourselves to be supported by others is not just ok, but encouraged in any circumstance – any time”.

In conclusion, if Carey Price is the mainstay of the Montreal Canadiens, the famous player’s wife is his rock, and together they could form a tight-knit team.

Angela gave Carey a little pep talk before he left home to go to the arena. His wife always says little positive sentences to him like: “We’ll talk to you again after your victory!” The important thing is to send him good energy. Does it work? I think he finds me more entertaining than anything else”, she said giggling.

“That said, I don’t give him any advice about hockey, I leave that to the professionals!”, she added.