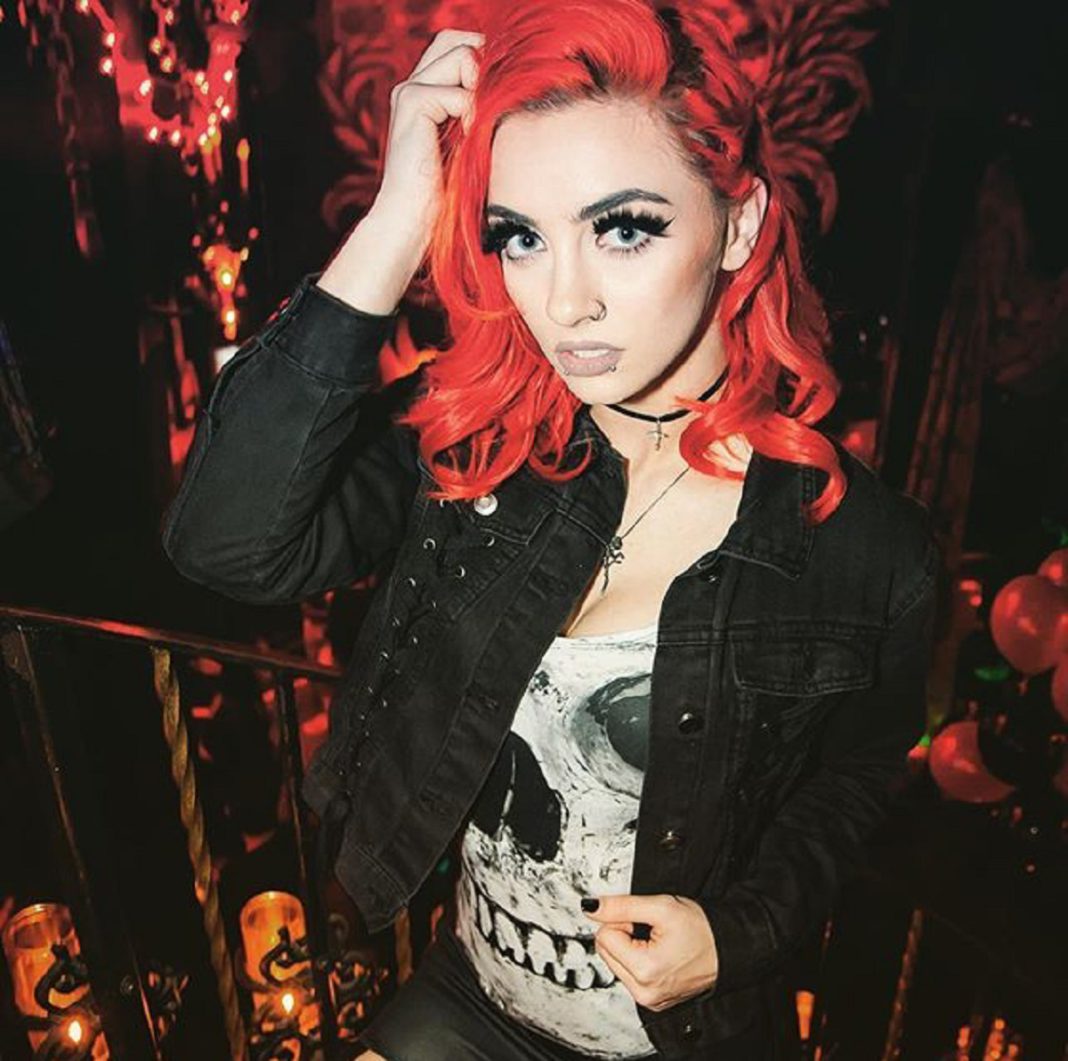 The gypsy princess of America Priscilla Kelly has shown her fans why she belongs in the realm of pro wrestling! She jumped from the MLW to perform under the NXT brand as Gigi Dolin. Priscilla Kelly is currently in her record-tying second reign under NXT Women’s Tag Team Champions with Jacy Jayne as her partner! Want more facts about her life? Just keep reading!

Priscilla Kelly Biography Facts: 6 Of Them (Gypsy To Hell’s Harlot)!

1. Who is Priscilla Kelly?

Priscilla Lee Kelly came into this world on June 5, 1997, and would change her name to Gigi Dolin. She is not just an American professional wrestler, but also a professional wrestling valet, and former actress. She is best known for her appearances within Shine Wrestling, where she was previously a Shine Nove Champion as she made her professional wrestling debut in March 2015 in a tag team match where she and Devyn Nicole lost against Amanda Rodriguez and Amber O’Neal. In June 2015, Gigi Dolin was defeated by Kiera Hogan. In May 2016, Gigi Dolin was defeated by Kimber Lee. In December 2016, she defeated Tessa Blanchard, and the next year in August 2017, she defeated Leva Bates.

In September 2016, Kelly made her debut at Women Superstars Uncensored, where she and Nevaeh lost to Samantha Heights and Brittany Blake. At Breaking Barriers 4, Gigi Dolin in a winning effort defeated Penelope Ford and Renee Michelle. Next year in August 2017, she defended her Shine Nova title against Jordynne Grace. Another year later in April 2018, Kelly made her DDT Pro-Wrestling debut where she, Kazuki Hirata, and Toru Owashi were defeated by Yukio Sakaguchi, Saki Akai, and Masahiro Takanashi.

World Wrestling Network came calling in September 2016 and Gigi Dolin made her Shine Wrestling debut at Shine 37 defeating Dominique Fabiano. Later that night, Gigi Dolin and Fabiano were defeated by then Shine Tag Team Champions Jayme Jameson and Marti Belle. At Shine 39, Gigi Dolin was defeated by Malia Hosaka. In July 2017, Gigi Dolin became the inaugural Shine Nova Champion after winning the Shine Nova Championship tournament, where she defeated Veda Scott in the first round, Leah Vaughan in the second round, Kiera Hogan in the semifinals and finally Candy Cartwright in the tournament final. At Shine 46, in a winning effort, Kelly defeated Santana Garrett to retain Nova’s championship. Kelly lost the Nova title to Candy Cartright at Shine 49 but for Shine 51, she defeated Holihead. In January 2017, Gigi Dolin made her Full Impact Pro debut in a loss to Aria Blake. At Heatstroke 2017, Gigi Dolin successfully defended her Shine Nova Championship against Stormie Lee.

2. Priscilla is of Romanesque descent making her an American gypsy:

Priscilla Lee Kelly was born into a family of American Romanichal descent in Douglasville, Georgia, on June 5, 1997. Kelly would eventually drop out of school at age 12. When she was 14 years old, she participated in the first season of the reality show My Big Fat American Gypsy Wedding, in which she was the main focus of episode 14 and “Looking for Mr. Right”. Her younger brother introduced her to professional wrestling and the rest is history.

Better known by his ring name Darby Allin, Samuel Ratsch is an American professional wrestler. The Seattle, Washington native is currently signed to All Elite Wrestling and appears regularly on their shows. His biggest achievement to date is receiving the AEW TNT Championship but his whole life changed at the age of five, when Ratsch survived a car accident that killed his uncle, who was the driver. Darby Allin references this event in his appearances as a wrestler, where he wears half face paint as he is 50 percent dead. Before his time as a wrestler, Darby Allin who was just Samuel back then tried his hand at a career as a professional skateboarder. As a wrestler, he continues to frequently come to the ring with a skateboard and occasionally uses it as a weapon. Ratsch is a punk rock fan so much so that his ring name Darby Allin is a combination of the names of the late punk musicians Darby Crash and GG.

On August 10, 2020, Ratsch’s marriage to Priscilla Kelly, came to an end when Kelly announced their divorce.

Priscilla Kelly’s in-ring character was initially based on her past in “My Big Fat American Gypsy Wedding”, where she used the nickname “Gypsy Princess” or “Gypsy Queen”. However, since then her personality has taken on a more gothic and sexual tone. Kelly’s in-ring character is now based more on a succubus (a female demon believed to have sexual intercourse with sleeping men). She also uses the nickname “Hell’s Favorite Harlot” to promote her sexual personality. Due to her resemblance in appearance to her, Kelly has often been compared to WWE wrestler Paige.

5. Controversy and public shaming turn around:

Kelly is known to use tactics such as biting and licking during her matches as a way to play mind games with her opponents. Next, there was the Suburban Fight Incident where in late December 2018, Kelly wrestled Tuna for the independent company Suburban Fight in Los Angeles. During their match, with Tuna lying in a folding chair, Kelly pulled a bloody tampon out of her leggings and shoved it into Tuna’s mouth – so disgusting!

The recording of the match received little attention for over a week until Gail Kim commented on Twitter in disgust, after which the recording went viral. Many wrestling veterans like Angelina Love, Jim Ross, and Tessa Blanchard also commented with displeasure, while Gregory Helms joked that it was a ” First Blood Match “. Priscilla Kelly defended the angle of putting her tampon in someone else’s mouth, stating that she was at a bar that required being over 21 to be admitted and that it was simply for entertainment, confirming that the use of the tampon was planned in the match and was not actually used for menstruation.

The story turned when the female wrestler commented that women are held to a double standard compared to men, citing Joey Ryan stuffing a paddle into numerous wrestlers’ mouths after removing it, as well as Mick Foley using “Mr. Socko” during the Attitude Era. Fellow colleagues such as Reby Sky also echoed the same sentiments and Tommy Dreamer, Ryan, and Tazz came to Kelly’s defense as well, all stating that she did her job to gain fame and it worked. Road Dogg initially criticized Kelly for her angle until her friend Ryan reminded him of similar angles during the Attitude Era (notably Mae Young’s infamous “one-handed birth” angle), after which he publicly apologized to Kelly.

6. Other than wrestling she did valet:

In addition to being a professional wrestler, she was also a valet and was especially notable for being Austin Theory’s valet until Evolve 118.