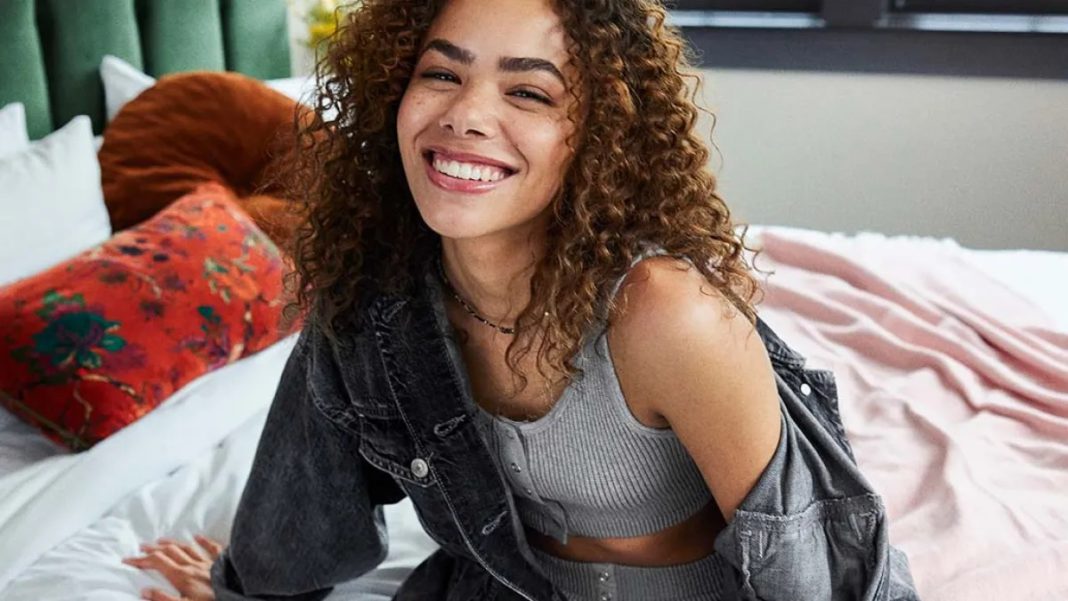 American actress Antonia Gentry is best known for her role as Ginny Miller on the Netflix series Ginny & Georgia in 2021. But most people don’t know that she was included in the Forbes 30 Under 30 list for 2022. Want to know some more facts about the actress? Keep reading!

Like Ginny’s birthday on the series, Antonia Gentry also celebrated her birthday with her fellow filmmakers. They celebrated it with karaoke!

Gentry was born in Atlanta in 1997 and attended the John S. Davidson Fine Arts Magnet School in Augusta, where she discovered her interest in acting. She then studied acting at Emory University, where she graduated in 2019. At Emory, she was a member of the college’s improv and comedy group, Rathskeller Comedy Improv Group. Before her 2019 graduation, she balanced acting roles with being a full-time college student in addition to having a part-time job.

Her mother is from Jamaica. AlthoughAntonia Gentry grew up in Atlanta and now lives in Los Angeles, Gentry belongs to mixed ethnicity (American-Jamaican), her zodiac sign is Libra.

Antonia Gentry was born to mixed-race parents; Tony Gentry and Sandra Gentry. Her father is a white male, while her mother is of African descent from Jamaica.

Gentry felt intimidated while at school, as some white children used to make jokes about their parents telling her that their father had married a monkey called a “mestizo pooch”, something that marked her harshly and that took her a long time to overcome.

She wanted to be an actress Since she was 5 years old.

She was seen in her first smaller roles in 2015, including in the short films Lone Wolf Mason and Driver’s Ed: Tales from the Street. Her first participation in the theater was acting in plays that her mother wrote in the theater of her community.

In 2018 she played the role of Jasmine in the Netflix movie Candy Jar produced by the streaming service Netflix and starred in one episode of the superhero TV series, “Raising Dion”. A year later followed a role in the series Raising Dion, in which she starred in an episode. Since 2021 she can be seen in the Netflix series in the lead role of Virginia “Ginny” Miller.

5. This is how Antonia Gentry found a career at Ginny & Georgia:

She became famous thanks to the role of the protagonist Ginny in the Netflix TV series Ginny & Georgia of 2021, thanks to which she received a nomination as a “performance breakthrough” at the MTV Movie & TV Awards 2021.

But did you know that she graduated from Emory the same week she starred in the starring role in the television series Ginny & Georgia? She won the role and the series was released on Netflix in 2021.

The series premiered its first season on February 24, 2021. “Ginny and Georgia” tells the story of the Millers; his dark past and his messy current life. Georgia, a mother of two, moves to Westbury, a beautiful and wealthy New England city, with her children Ginny and Austin, for whom she is transformed into a daring and seductive woman. Before arriving in Wellsbury, she had a series of relationships, the last of which was with her husband, Kenny. After moving in, both women find themselves in the spotlight in their respective circles in Wellsbury. Without a doubt, Antonia Gentry has stood out with her performance in the series.

Since March 2, 2013, she has been in a relationship with artist and music producer, Ezra Anthony Pounds.

She has a passion for music. Since she was an actress, words have become her way of earning a living, but Antonia escapes from the rigorous performance schedule by pursuing her hobbies, which are singing and playing the piano. She was recently invited to the BBMAS with Brianne Howey (Georgia in fiction), to announce the “Top New Artist” category.

She also adores her cat: Antonia loves to pamper her cat Buttersworth with all the love she can give. Antonia has found the perfect way to spend her free time, as time spent with a cat is never wasted.

8. Her mother wrote her first play:

Seeming to have inherited her creativity from her mother, Antonia was lucky to have a mom who wrote the first play she ever performed. The American actress’s mother, Sandra Gentry, was a poetry and art fan and helped her daughter by writing an original play. It is not revealed if they share the same love for music, but she could have inspired Antonia to start acting.

As a musician and piano lover, one of the films that changed Antonia’s life forever is “The Pianist”, a historically accurate movie that tells the story of Nazism through the experience of Wladyslaw Szpilman.

Antonia’s life also changed with Pan’s Labyrinth, which teaches about disobedience and encourages people to defend their moral position no matter the cost.

10. Her acting prowess led her to compete at the national level:

Antonia knew she wanted to be an actress and she prepared for her future by acting in her middle and high school. Because she was so good at it, Antonia went from regional to state and ultimately ended up competing at the national level. Although news has not yet been revealed as to whether she won any awards, Antonia always gave a spectacular performance to justify her participation in the nationals.

11. She ran the Rathskeller improv comedy club at Emory University:

Antonia has shown that she is not one of those who sit and wait for fate to show her the way. Instead, she took matters into her own hands and while she was at Emory University, Antonia made it a point to practice her acting; hence, becoming the leader of the Improv Comedy Troupe.

Did you know? She is an improv expert, some of the lines in ‘Ginny & Georgia’ are hers and they were out of the script.

Improvisation is a theater in which most or all of the play is not scripted or planned. It is a technique that helps train actors for both television and stage and Antonia used this club to hone her acting skills.